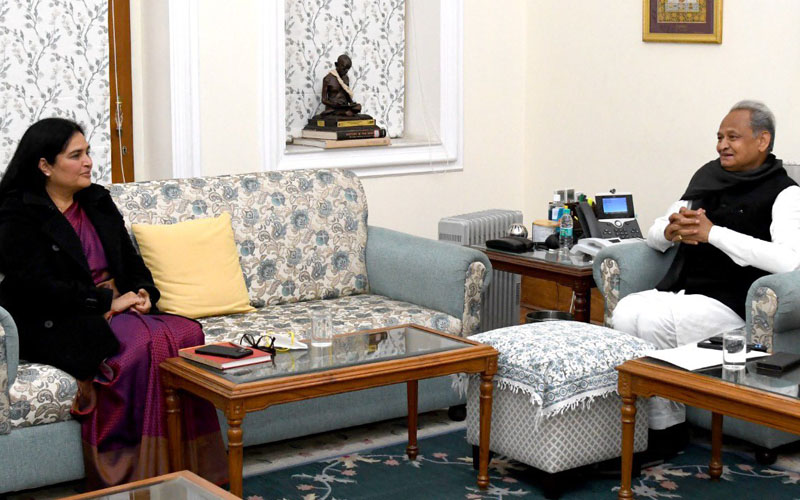 Jaipur: Rajasthan government on Monday appointed IAS Usha Sharma as the chief secretary of the state. The department of personnel issued a notification in this regard. It’s after 13 years that a woman IAS officer has assumed the office of the top bureaucrat in the state. Usha Sharma was appointed after Niranjan Arya retried on Monday. Arya has been appointed as an advisor to the chief minister after his retirement.

Usha Sharma was relieved from her deputation posting by the Central Government on Sunday after receiving a request for the same from the state. She assumed the office in the evening.

A 1985-batch IAS officer, Sharma was posted in the Ministry of Youth Affairs and Sports. Usha Sharma is the second woman IAS to become the chief secretary. Earlier, Kushal Singh held the post in the previous Ashok Gehlot government.

Usha Sharma’s tenure will be about one and a half years till June, 2023. She will retire about six months before the assembly elections in 2023.