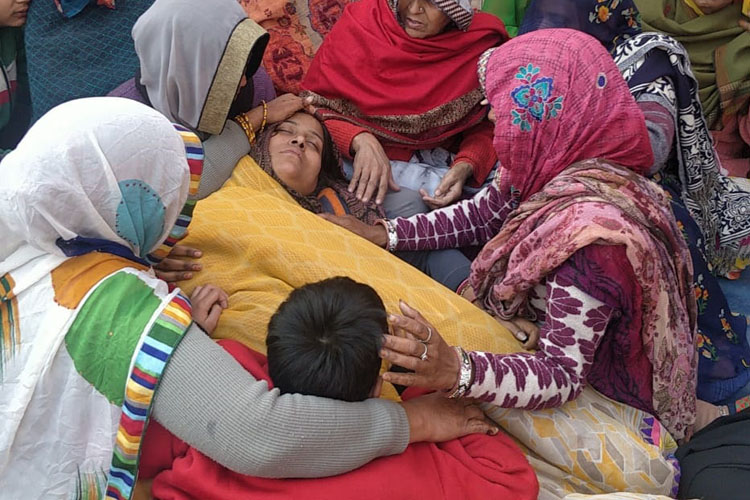 Jaipur: Delhi police head-constable Ratan Lal who was killed in violence over CAA was declared a martyr by on Wednesday. Sikar MP Sumedhanand Saraswati announced this after speaking with minister of state for home affairs G Kishan Reddy.

Earlier as the body of Rantan Lal reached Rajasthan for final rituals, the resident of the policeman’s native village Tihawali in Sikar district protested demanding that he be declared a martyr. They stopped the police team which was bringing the body nearly 15 km from the village. They placed the body in an open ground and demonstrated. A compensation of Rs 1 crore and a government job for a family member of the policeman have been promised by the MP.

Delhi police on Tuesday accorded guard of honour to Ratana Lal. Dr Hembari – a relative of Ratan Lal – said that the villagers are staging a demonstration demanding a government job for Ratan Lal’s wife Poonam, Rs 2 crore compensation for the family, and naming a school or school ground after the martyr. The villagers said that after the death of his father, Ratan Lal was the main bread earner for the family. He laid his life in the line of duty so he should be declared a martyr.

The villagers ended the protest after their demands were met.

Ratan Lal had celebrated his wedding anniversary on February 22. The three children who study in KV in Delhi are with the neighbours as their mother is drifting in and out of consciousness.