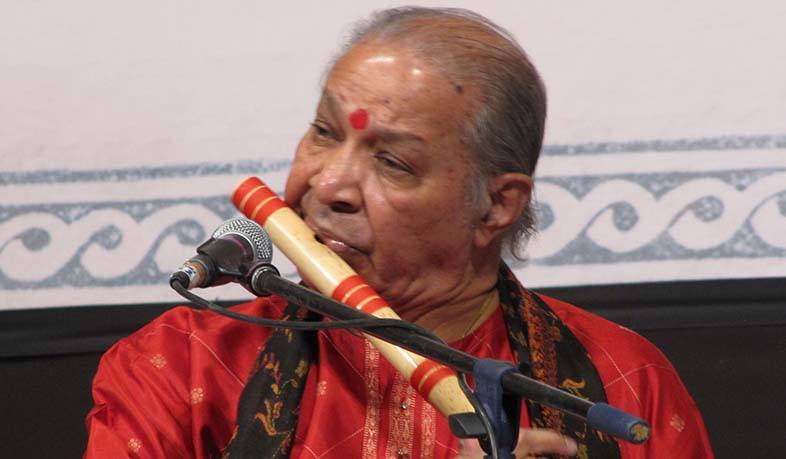 Jaipur: Internationally acclaimed flute player Pandit Hariprasad Chaurasia kicked off a controversy on Thursday when he said in Jaipur that bestowing a “child” with Bharata Ratna devalued the honour. He was referring to Cricket icon Sachin Tendulkar who received the country’s highest civilian award when he was just 40 years old.

But when media persons asked him to confirm whether he was referring to Sachin, Chaurasia just smiled and didn’t answer the question.

Padma Vibhushan awardee Chaurasia said that the highest honor of the country shouldn’t be given to people at an early age in life.

“People who have devoted their entire life and worked hard to uphold the values of Indian culture deserve this award,” Chaurasia said.

Chaurasia was talking to reporters at a musical concert organized in the memory of Kishori Amonkar, the late Indian classical vocalist. The event was held at Central Park in Jaipur on Thursday.

He said that anything could happen in this “Kalyuga”.

“The government should evaluate who they are giving such a prestigious award to and when,” he said.

Chaurasia said that there was a time when people who had reached a certain milestone in a field by devoting their entire life used to get this award, but now even a “child” could get that.

Tendulkar retired from cricket on November 16, 2013 as the game’s highest run-scorer in both Tests and ODIs.