The robbers attacked the victim with iron rods. 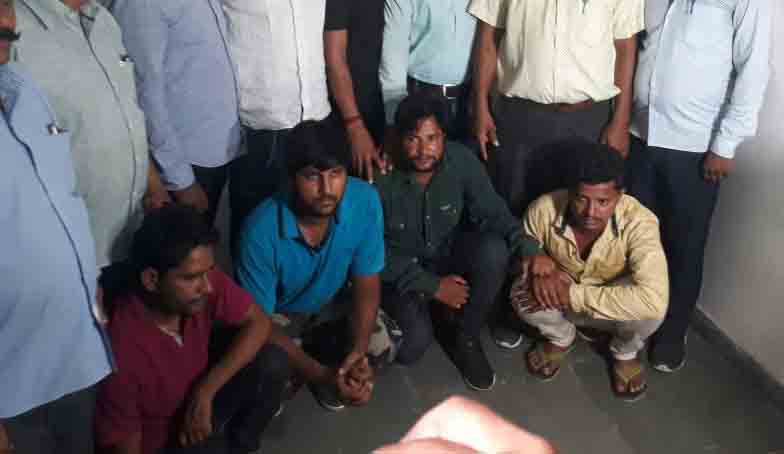 Jaipur: The city police on Thursday arrested four men for robbing an employee of a milk supply contractor three days ago. The accused had robbed the man of Rs 9.54 lakh near near Mahaveer Nagar Dalda Factory on August 14.

The accused were identified as Keshav Sharma, Akash Sharma, Shravan Kumar Meena and Surendra Singh. All of them are residents of Jaipur.

On August 14, he was collecting money from booths. When he was at Dairy booth number – 1439 near Mahaveer Nagar Dalda Factory around 12 am, three people on two bikes came there and attacked him with iron rods. They snatched away the bag containing Rs 9.54 lakh and fled towards Mansarovar. The robbers had their faces covered with handkerchiefs.

After registering an FIR, the city police launched an investigation. The police studies footages of CCTVs installed on the route that the robbers had taken to flee from the spot.

“We got some concrete information and took Keshav Sharma and Akash Sharma into custody for interrogation. They confessed to the crime and led us to more men involved in the robbery. These men were Shravan Kumar Meena and Surendra Singh,” said DCP, east Kunwar Rashtradeep.

The police have recovered three bikes used in the robbery and an amount of Rs 2.05 lakh robbed from Ajay Singh.

“It came up during interrogation that the robbers were conducting recee for the past several days and earmarked Ajay Singh as their target. The same gang of robbers had been involved in a robbery of Rs 1.50 lakh at Sitapura flyover in September last year. Further investigation is going on,” said the officer.