FIR registered against 5 for creating ruckus at Pushkar

The incident created political controversy as those who hurled shoes at minister Ashok Chandna were supporters of Sachin Pilot. 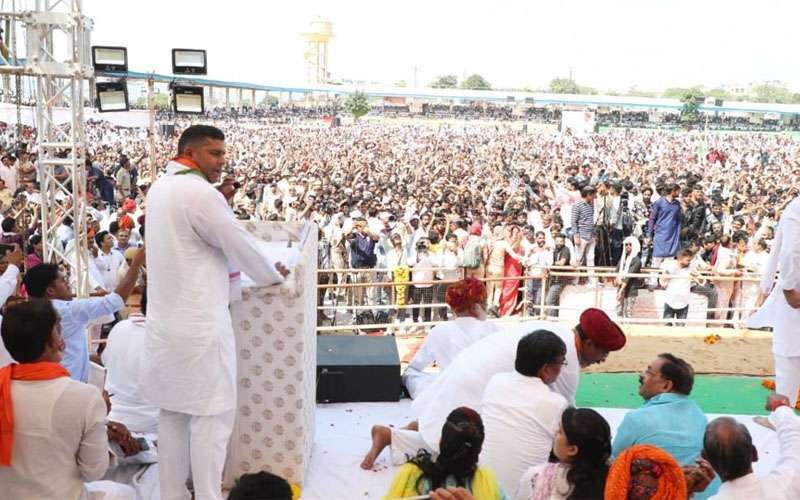 5 booked for creating ruckus in Pushkar.

JAIPUR: The Pushkar police in Ajmer district has registered an FIR against five identified and other unidentified persons for allegedly creating ruckus in the presence of cabinet ministers when the religious ceremony regarding the immersion of Gurjar community leader Kirori Singh Bainsla’s ashes was being held two days ago.

The incident created political controversy with many claiming that those who hurled shoes at minister Ashok Chandna and shouted slogans were supporters of former deputy chief minister Sachin Pilot.

The case has been handed over to a sub-inspector for further investigation. The incident took place Mela Stadium on September 12. The police in the FIR stated that Gopal Gurjar, Girdhari Gurjar, Sanwarlal Gurjar, Vicky Gurjar, Jagmal Gurjar and others created a disturbance during the speech of public representatives.

These people shouted slogans in favour of Pilot. They were angry over Sachin not being invited to the event. They broke the barricades and manhandled cops.