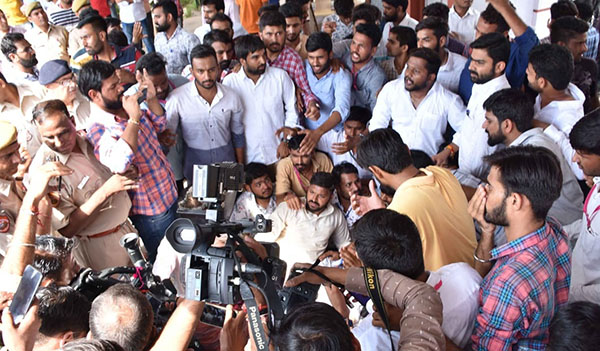 Jaipur: The Rajasthan University (RU) administration published the final list of candidates for the RU student union election 2019. Five student leaders are in the fray for the post of president, while seven for general secretary, there each for vice president and two for research representative.

Meanwhile, NSUI supporters staged a protest on the Rajasthan University premises. The police resorted to lathicharge in order to disperse the crowd of protestors. Several students are reported to have been injured. They include the NUSI candidate for the post of general secretary Mahaveer Prasad Gurjar. The police have taken some students into custody for disrupting peace.