Bikaner police arrests a Nigerian student and four others including a woman lawyer. 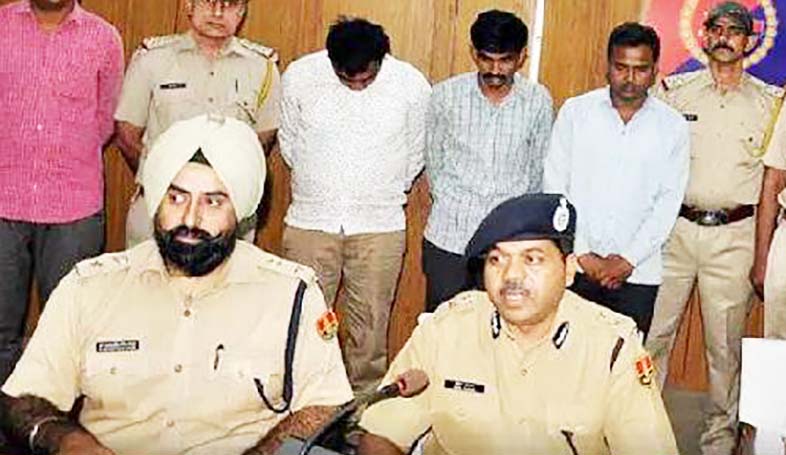 Jaipur: This case is an eye opener how international gangs are duping Indians through fake profiles on matrimonial sites. A Nigerian gang duped a girl of Rs 56 lakh after coming in contact with her through a matrimonial site. The girl belongs to Rajasthan’s Bikaner town. A member of the gang created a fake profile on the matrimonial site, posing as a non-resident Indian (NRI). He claimed that he worked as an aircraft engineer in the United Nations air force and was currently deputed in Iraq. The man communicated the girl through emails that he needed to transfer millions of dollars in the girl’s bank account and made her deposit money in fraudulent accounts in the name of paying for procuring custom clearance certificates, income tax clearance certificates and finance intelligence security on his behalf. The gang had connived with an Indian lawyer and jewellers. The case came to light when Bikaner police arrested a Nigerian student and four others including a woman lawyer recently. Bikaner range IG Bipin Kumar Pandey said that shortly after uploading her profile on JeevanSathi.com, she girl received a communication from a man, identifying himself as Paras Premkumar. He started communicating with the girl on WhatsApp. He told her he was from India, currently deputed in Iraq. He claimed that he owned properties worth 5 million dollars. He claimed he wanted to settle in India after marrying her and needed to move the money to India. “The man told her that he was sending the first instalment of 2.50 million dollars with one James David who worked in Iraq embassy,” said IG Bipin Kumar. The girl received a call from a man claiming to be David a few days later. The man told her that he had reached Delhi airport. “In the name of custom, income tax, RBI and other clearances, he made the girl deposit money in different bank accounts over a period of two months. The girl deposited a total of Rs 56 lakh,” said the IG. Bikaner police arrested one Kelvin alias Kelvik, a Nigerian student who was active in India. “The gang used to buy gold from jewellers. The gang members would then transfer money from their bogus accounts to the bank accounts of jewellers through NFT or RTGS,” said the officer. The officer said interrogation with people arrested in the matter is going on.
Follow @ThePinkcityPost