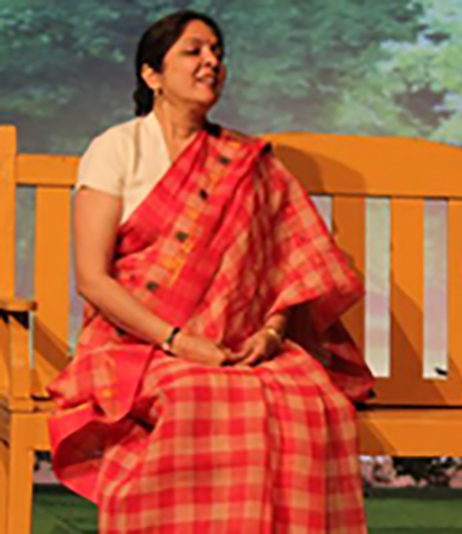 Jaipur: Bollywood actor Irrfan Khan said when he was a teenager; theatre was not as popular in Jaipur as it is today. Theater was so rare that when he once walked into Ravindra Manch and enquired about how to perform plays there, he was told that the venue was an office, not a theatre.

“I didn’t even know where to go if I wanted to act or even watch a play,” Irrfan Khan who hails from Jaipur said while releasing the brochure of Jairangam, also known as Jaipur Theatre Festival – 2016. Chief minister Vasundhara Raje inaugurated the festival on Monday. The first play ‘Bechari Amrita’ will be performed at 11 am.

Irrfan Khan expressed disappointment over the fact that play writers are not paid properly for their work. “This is primarily the reason that we don’t find great play writers these days. No one wants to write because you can’t feed your family by writing plays,” said Khan adding that play writers should be paid more than actors.

“In states like West Bengal, Gujarat and Maharashtra, theatre is an integral part of culture. Theatre is one of the greatest mediums to express feelings and emotions,” said Khan.

The week-long theater festival will be organized at the city’s prominent theater venues including Jawahar Kala Kendra and Birla Auditorium and feature plays by some of the most famous theatre personalities in India.

According to the organizers, the festival will provide a great experience to theatre lovers.“It’s an opportunity to get swept up in an artistic force. Jairangam is a journey and a celebration. It will be an enriching theatre experience brought alive by some finest talents,” the organizers claimed.

The plays will include Paresh Rawal’s ‘Krishan v/s Kanhaiyaa’ which highlights the transformation of a man from an atheist to a person who spreads the true meaning of prayer and religion. Makrand Desh Pandey’s  ‘Maa in Transit’ will also be one of the prominent plays. It deals with how a son tries to prolong the delay of his mother’s last rights so that he could spend more time with her.