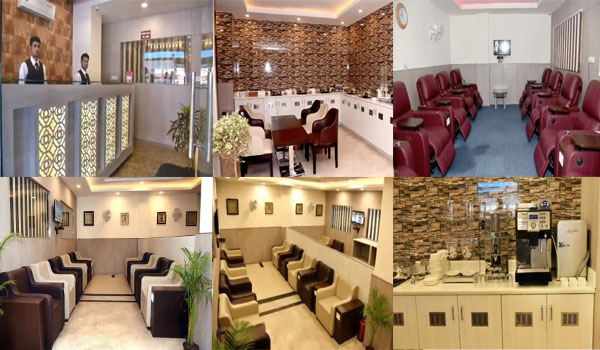 Jaipur: The Indian Railways Catering and Tourism Corporation (IRCTC) has developed an executive lounge for the passengers at Jaipur railway station recently. The interiors and facilities being developed in the lounge are similar to the airport standards, said an official.

According to the IRCTC officials, the aim is to provide a better waiting experience at railway stations like that at airports with all the premium and luxury facilities. The upgradation process has going on from the few past months at several railway stations.

The lounge has all the modern facilities such as stylish yet comfortable couches and recliners, designates kitchen and eating space with a dining table and proper lighting, added officials.

The Ahmedabad railway station recently became the first station with an executive lounge in Western India.

The North Western Railways (NWR) gave the Jaipur Junction, an airport-like makeover earlier in January. The station level was improved to airport standard with increased Illumination and lighting.

High quality and energy efficient LED lights were installed at various points at the station including lifts, escalators, waiting halls and all the major places.

The railway board selected the stations for airport-like renovation on the basis of some features that railway junction should have, including concourse hall, circulating area, waiting room, platform, reservation office, inquiry office, foot-over-bridge, parking, escalators, lifts, and better lighting.

According to the officials, the upgradation is part of the Indian Railway’s Rs 1 lakh crore station redevelopment programme.

The beautified features at Jaipur junction include improved lifts and escalators, redesigned waiting rooms, concourse halls and renovated platforms. The lighting and illumination have been given a major improvement with the installation of energy efficient LED lights.

The decision by railways was taken to enhance the passengers’ experience at railway stations and to increase tourist’s attraction.

Eleven stations under Northeast Frontier Railway (NFR) have been upgraded to airport-like standard. Several railway stations from each railway division were chosen.