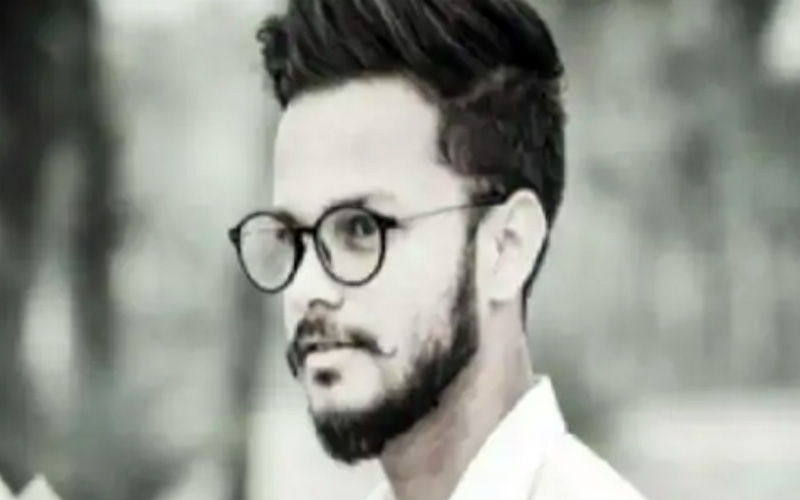 Jaipur: A 26-year-old engineering student ended his life allegedly by jumping off his hostel building in Sitapura after he came to know about the suicide of his girlfriend in Bihar.

The student, identified as Vivek Kumar, was a BTech final year student in Poornima College of Engineering according to the police. His girlfriend reportedly hanged herself and as soon as he came to know about it, he jumped off the eighth floor of his hostel building. The police have launched an investigation. The body of the student is being kept in the mortuary of a hospital for postmortem examination.

Vivek was a resident of Muzaffarpur in Bihar. His father runs a fish shop. He stayed in a private hostel near the college. He had already landed a job in Noida after finishing the third round of interviews on Thursday.

Kunal, Vivek’s roommate, called the family members and informed them about the incident. As per initial reports, Vivek received a call on his mobile phone around 7.15 am. He walked out of the room while talking on the phone. He then reportedly went to the eighth floor and committed suicide by jumping off the building.

According to preliminary reports, Vivek and one Anjali were in a relationship. Anjali was also a resident of Bihar. Anjali reportedly committed suicide by hanging herself on Wednesday night.

Anjali Jaiswal (23), a resident of Qazi Mohammadpur in Muzaffarpur district, was the girlfriend of the deceased Vivek. Both Anjali and Vivek studied together in a school located in the Orient Club. There was an affair between the two for a long time. Vivek then came to Jaipur to study engineering. At the same time, Anjali was preparing for Chartered Accountant (CA). The family members had objections about the affair of both. There used to be a lot of fights between the two for the last few days.

On Wednesday night, a common friend made both of them talk on a conference call. All three were on the conference call. Meanwhile, a fight broke out between Vivek and Anjali. Angrily, Vivek disconnected the call. It is being told that Anjali kept trying the phone again and again. After this, he committed suicide by hanging himself in his room late at night. When the news of the girlfriend's death came in the morning, then boyfriend Vivek also committed suicide by jumping from the building.