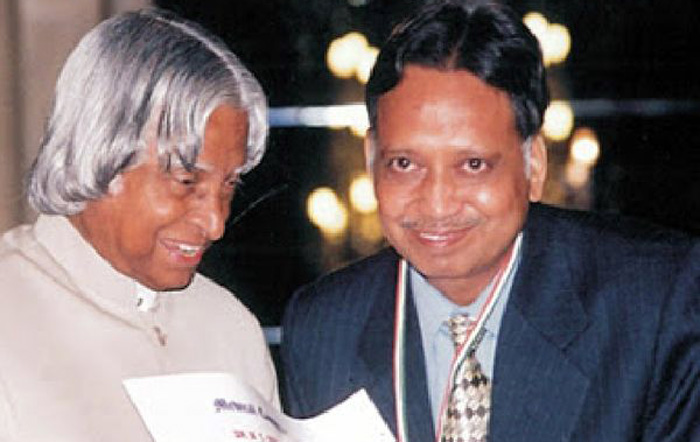 Jaipur: Eminent neurologist and Padma Shri awardee Dr. Ashok Panagariya is still in critical condition, days after recovering from Covid-19. He is undergoing treatment at a private hospital and battling for life as the virus infection is learnt to have caused severe damage to his lungs. After the news of his death started going viral on social media, the doctors treating him issued statements refuting these rumours and said that there is a slight improvement in his health.

Sources said that Dr. Panagariya has been vaccinated with the second dose of Covishield. Despite that, he contracted Covid-19. An HRCT scan showed infection in his lungs on April 25 following which he was admitted to RUHS hospital immediately. He recovered from Covid-19, but continued to feel weakness. He was then admitted to EHCC Hospital at Jawahar Circle.

He is currently under observation of a team of specialist doctors from India and abroad, including nephrologists, pulmonologists, and physicians. Rajasthan Chief Minister Ashok Gehlot is keeping a tab on his health.

Sources said that he was administered a second dose of Covishield nearly 10 days before he developed the Covid-19 symptoms. Sources also said that he had been confined to his home for more than one year and offered medical counseling to his patients online. His son got married in July last year. Only a handful of people attended the function in Jaipur.

The eminent neurologist received the Merit Award from the Government of Rajasthan in 1992. He was the Head of the Department of Neurology at SMS Hospital. He was the SMS Medical College principal from 2006 to 2010. In 2014, he was awarded the Padma Shri. More than 90 of his research papers have been featured in prominent journals. He originally hails from Suwana town near Bhilwara.