Elephant ride in Jaipur during summers: How to be careful about your safety

100 elephants take tourists on rides at Amber Fort in Jaipur.

Home » Jaipurnama » Elephant ride in Jaipur during summers: How to be careful about your safety

Jaipur: Elephant rides at Amber Fort in Jaipur are very popular among foreign tourists. While an elephant safari in the backdrop of majestic Amber Fort is certainly a unique experience that no one would like to miss, you should be careful about your safety, particularly during summers. Accidents have taken place in the recent past after elephants became uncontrollable. 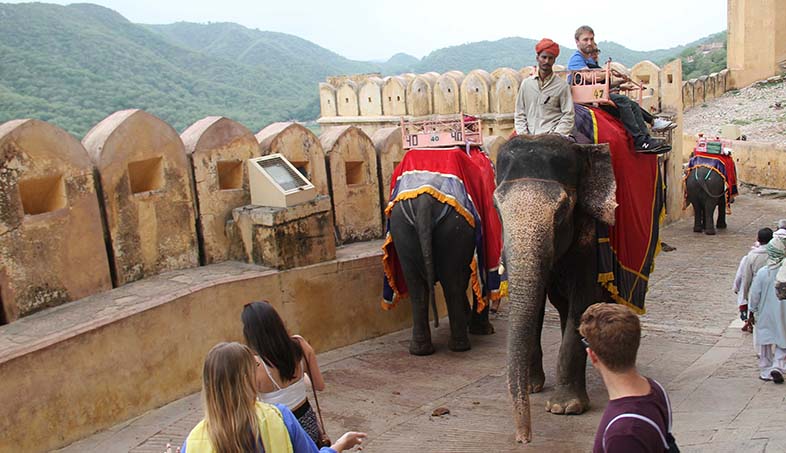 The stats There is an elephant stand at Amber Fort. Nearly 100 jumbos are assigned to the stand. Tourists can book elephant rides for Rs 1100. As per the elephant ride timing determined by the tourism department, the ride begins at 7 am and ends at 11 am. 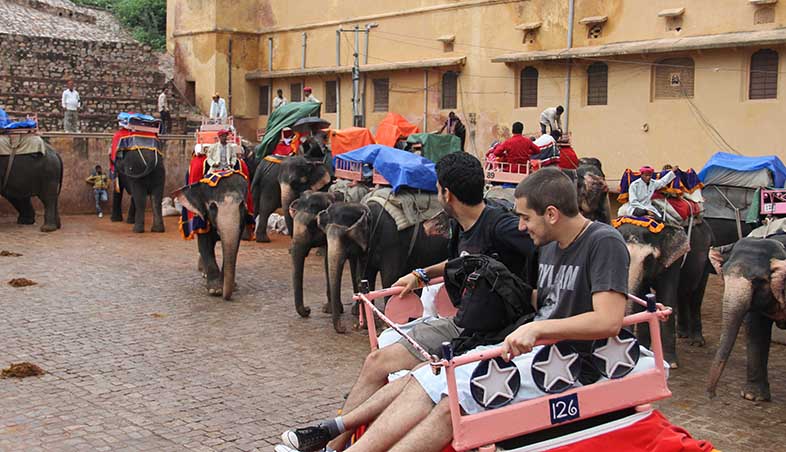 Elephants are assigned in rotations. While during peak tourism season, there are up to 10 rotations every day, they come down to 2 or 3 during summers. “There has been a steep decline in the interest from tourists over the past 2-3 years. The major reason is the scare of elephants becoming uncontrollable. While it rarely happens, it has brought a bad name to elephant rides at Amber which were once very popular,” said Mohammed Ali, a mahout who owns one of the elephants. There are nearly 25 families of mahouts who own these elephants. As the business has taken a hit, these families are struggling to survive. Most elephants have been shifted to Hathi Gaon (Elephant Village), a government-sponsored project for housing of jumbos. The elephant village is spread over 120 bighas and provides facilities of water, shed and also accommodation arrangement for mahouts near Kund in Amber. The responsibility for welfare of the elephants at the moment rests with the state department of tourism. 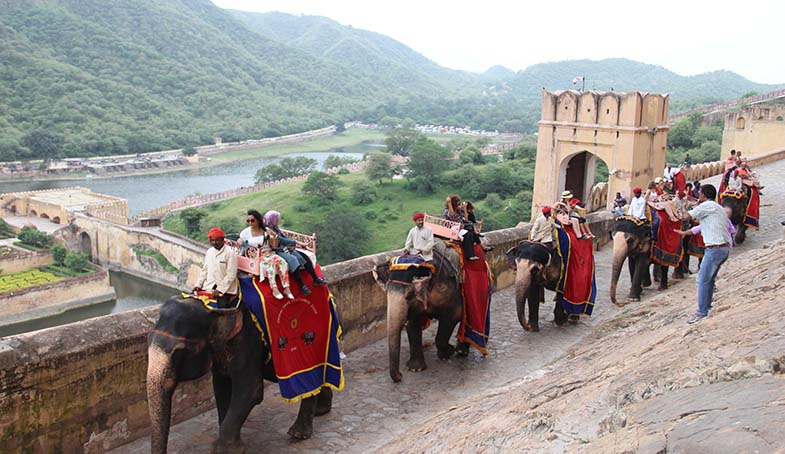 Why do elephants go out of control? Elephants become uncontrollable during summers as they have a thick black skin and find the heat unbearable. They go through mood swings. The lack of water for elephants to take a bath (which cools them down) is also attributed to their aggressive behavior. Some office bearers of Elephant Owners Development Committee told The PinkCity Post that a ban on traditional goads, sharp-edged iron rods commonly known as ankush, was the primary reason behind elephants going berserk. “Earlier Mahout could control elephants using ankush, but since they are now banned, mahouts can do little when a jumbo goes berserk,” said an committee member, pleading anonymity. Rajasthan High Court had banned the use of ankush after hearing a public interest litigation (PIL) moved by Haryana-based Kadyan, which works for animal protection.
Follow @ThePinkcityPost