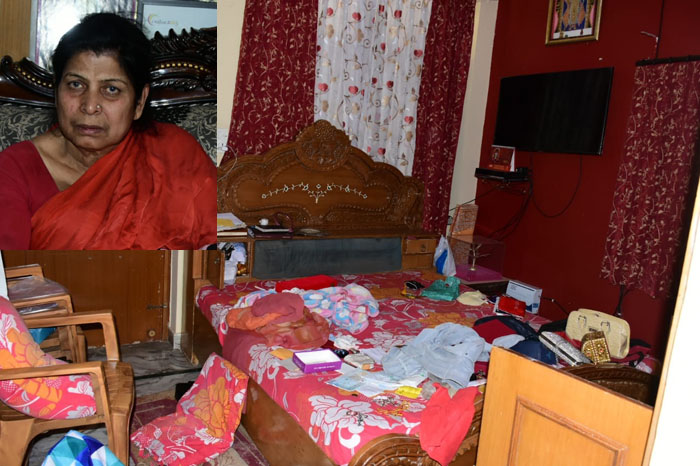 Jaipur: An elderly woman was tied-up and robbed at knifepoint by her recently hired domestic help and two other unidentified suspects in her Vivek Vihar located house in Jaipur.

Kusum Lata (65) told cops that suspect Bhavesh, decamped with jewelry and cash even as she struggled to free herself before calling for help from neighbors.

The woman said she lived alone at her house as two of her sons work abroad. “I was inside my bedroom last night when Bhavesh and possibly two other suspects blindfolded me and tied me to the chair. He threatened to kill me before jabbing me with a sharp object,” she told cops while narrating her ordeal.

The accused tried to force her to sniff on some chemical to make her unconscious. In order to save herself, she pretended to have fallen unconscious and waited for the accused to flee.

Robbers snatched keys of lockers and closets from the lady and and packed cash, gold and silver into different bags and swiftly decamped from the house. The elderly woman after much effort untangled herself. She hobbled up to the main room and called up neighbours who alerted to the crime.

Initial investigation revealed Kusum Lata had a domestic help named Hanuman who worked for her for past two years. “Hanuman had to go to his village and recommended one Bhavesh to replace him. The latter had joined two days ago,” an official said, adding they are investigating the accused’s wherewithal.

The police could not confirm the number of suspects involved in the case as woman was blindfolded.