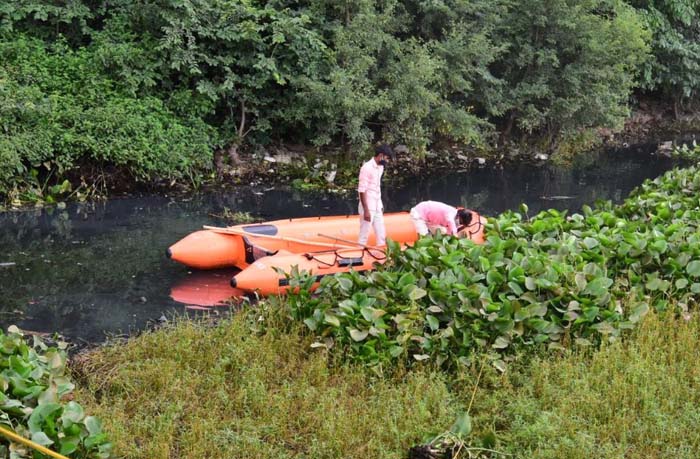 Jaipur: Three days after a car fell into Ambabari nullah (drain), the rescue teams fished out the body of its driver. The 28-year-old victim, identified as Prashant Singh Panwar was a resident of Vishwakarma Colony in Bhatta Basti. The body was found trapped in the swamp.

The divers of SDRF and Civil Defense had been searching for the body for the past three days. On Sunday, they found the dead body and fished it out. Rajasthan Transport Minister Pratap Singh Khachariyawas also reached the spot and met the victim’s father.

Shastri Nagar police station in-charge Dilip Singh said that the deceased Prashant Singh Panwar (28) worked as a travel agent. He had gone to visit his friends in Jhotwara on Thursday and was returning home in his car around 1:30 am when the car fell into the drain while passing through the Ambabadi bridge.

Prashant was to get married after three months. He had recently bought the car.

Around 11 am on Friday, some people saw the car in the drain, informed the police. Then the Civil Defense team reached the spot. The car was pulled out with the help of a crane. All four doors were closed. The rear glass was found broken. It was assumed that the driver somehow managed to get out of the car.

Based on the registration numbers of the car, the police identified the victim