Desert Festival in Jaisalmer: All you need to know

Home » State » Desert Festival in Jaisalmer: All you need to know 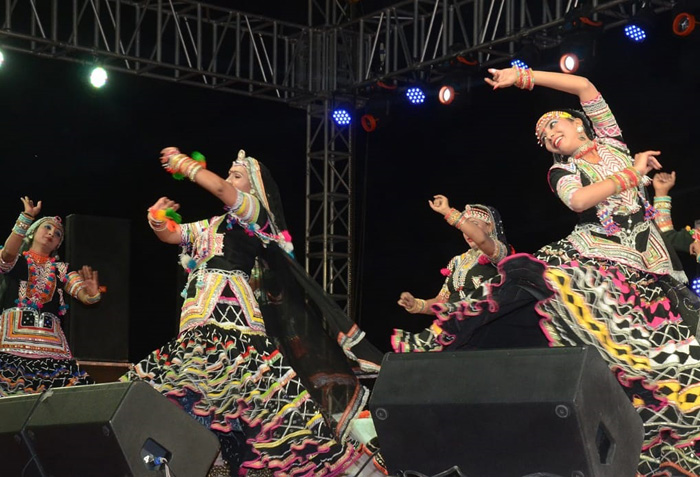 Jaipur: The tourism department of the Rajasthan government organizes Desert Festival in Jaisalmer every year. The four-day festival is being organized from February 6 to February 9 in 2020. The tourists from all over the world participate in and witness an array of cultural activities and sports during the festival. A senior tourism department official said that the festival has become a flagship event for promoting the world-famous desert tourism of Rajasthan.

This year, the department in association with Jaislamer district administration, local artists and organizations organized an array of activities. The festival kicked off with a magnificent procession that started at Gandhi Chowk in Pokharan on February 6. The local artists presented folk dance and music during the procession. Various fund activities such as tug of war, ‘mataka daud (run)’, kabbadi and drawing competition were organized on the first day fo the festival.

In the evening, a drawing competition and several other activities were organized for tourists at Khabha Fort in Jaisalmer. This was followed a heritage walk from Gandhisar Lake to Laxminath Temple. A beautiful leaser show was organized in the evening during which a ‘sandscape’ presentation was given by the local artists.

On the second day of the festival on February 7, a procession was taken out from Jaisalmer Fort to Martyr Poonam Singh Stadium. Several competition and shows such as Mr Desert, Mr Moosal, Rajasthani Dress Competition and sand art display were also organized.

An impressive show of strength and valour by the Indian Air Force, band display by Indian Army, camel decoration, polo match, band music in the dunes, tug of war and many other cultural activities marked the third day of the festival on February 9.

“This year we are planning to set a world record by organizing a folk music event that will see participation of more than 1000 local artists in Sam sand dunes. A celebrity music performance by Richa Sharma is also slated to be held tomorrow. The festival will end with beautiful fireworks at 10 pm,” said a senior tourism department officer.