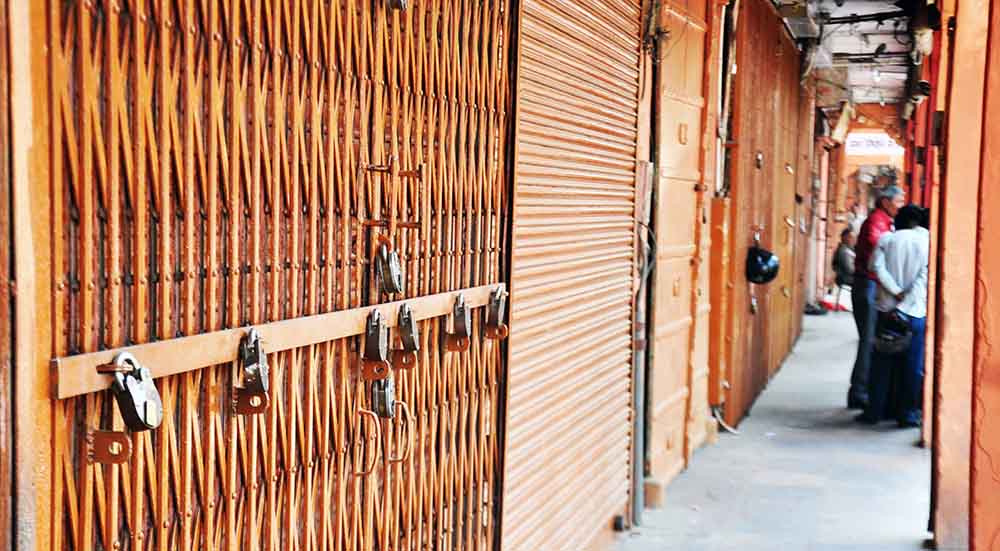 Jaipur: Demonetisation has dealt a heavy blow to normal life in the city. Milk supply is likely to get affected in the coming days as suppliers have not received payment from Jaipur Dairy for the past 20 days.

Nearly Rs 20 crore are stuck in the bank accounts of Jaipur Dairy’s milk production committees. Due to the ongoing cap on withdrawal following the government’s decision to scrap Rs 500 and Rs 1000 bills, the committees are unable to pay the suppliers. It can lead to a shortage of milk in Jaipur in the coming days.

Jaipur Dairy is the producer of popular milk brand Saras. Sources said that mild production committees of Jaipur Dairy pay milk suppliers nearly Rs 35 crore three times in a month, but since the money is stuck in the bank accounts, the suppliers have not been paid for the past at least 20 days.

The supply of grocery items is also affected. Markets continued to wear a deserted look in the Walled City and many other areas.

“Most people are giving us Rs 2,000 notes when they purchase grocery items from my shop. We don’t have lower denomination notes. Besides, supply of grocery items has also been affected,” said a shopkeeper in Kishanpole Bazaar.