The FIR in this regard had been registered by Gaurav Jhunjhunwala with Vigyan Nagar police station in Kota on February 7.

Jaipur: Kota police have arrested a Delhi –based criminal for attacking 26-year-old businessman Gaurav Jhunjhunuwala in Vigyan Nagar area of Kota last month. The criminal had escaped to Goa, but the Kota police traced him. In a shocking revelation, Kota police said that the criminal, identified as Ravindra Kumar had been hired by another businessman. A business rivalry is said to be the reason behind the attack. 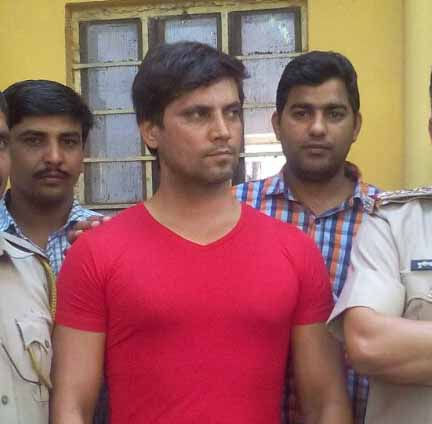 The FIR in this regard had been registered by Gaurav Jhunjhunwala with Vigyan Nagar police station in Kota on February 7. Gaurav, a resident of Vigyan Nagar, alleged that he was standing near a shop at Daknia Station Road Number – 1 when two men wearing masks on their faces came on a bike and started assaulting him. He sustained injuries on his face and other body parts. The two criminals escaped from the spot in a car.

Gaurav told the police that he didn’t animosity with anyone and didn’t know who could have attacked him. He said that he however had received phone calls from unidentified people threatening him to close his business.

After registering the FIR, the police launched a massive search for the attackers. After studying footages of nearly 40 CCTVs in Kota, the police got to know about the registration number of a suspicious vehicle. The car was registered to someone in Delhi. A team was rushed to Delhi for further investigation. The criminal however got wind of the police movement and escaped to Goa. The police also tracked him Goa and arrested Ravindra Kumar (37).

Ravindra is a resident of Bhayya Chowk in Mehroli in Delhi.

SP, Kota Anshuman Bhomia said that another businessman, identified as Vishal Singh, who also belongs to Delhi, had paid Ravindra for attacking Gaurav. The involvement of one more businessman who planned the attack is suspected.

“We will soon arrest him also,” said Bhomia. The police have discovered which hotel the two attackers had stayed in Kota.