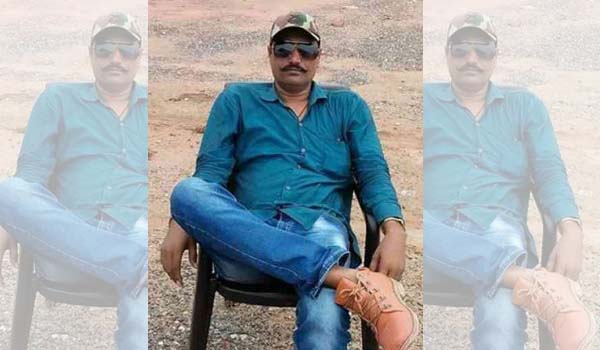 Dacoit Jagan Gurjar who surrendered before police on Friday.

Jaipur: Notorious dacoit Jagan Gurjart was on Monday produced in a court in Badi of Dholpur district. The court remanded him in judicial custody. He was arrested on Friday, nearly 10 days after he allegedly stripped the women of a family and paraded them necked in a village in Dholpur district.

“He was produced in ACJM court – 3 in Badi. The court remanded him in judicial custody,” said a police officer. He was brought to Badi court under heavy police security. He was taken to jail following the court’s order.

After Jagan’s arrest the local police are trying to nab other members of his gang. Many dacoits are suspected to be still hiding in Chambal ravines.

Sources said that Jagan contacted some community leaders requesting them to mediate between him and the police officials for the surrender. He feared that he would be gunned down by the police. He had surrendered thrice previously, but was released due to the lack of evidence and witnesses.

On the night of June 19, Jagan and his aides had attacked a family in a Dholpur village. As the men from the family were not home, Jagan stripped the women and beat them up. He then allegedly paraded them in the village.

Several police teams were formed to nab the dacoit who went into hiding in Chambal ravines after the incident. Senior police officer including ADGs and IGs reached Dholpur to supervise the police operation. Jagan feared that he would be killed in an encounter so he surrendered.