The woman in her complaint alleged that Daati Maharaj and his two disciples raped her two years ago. She couldn’t immediately come forward because she was very scared. 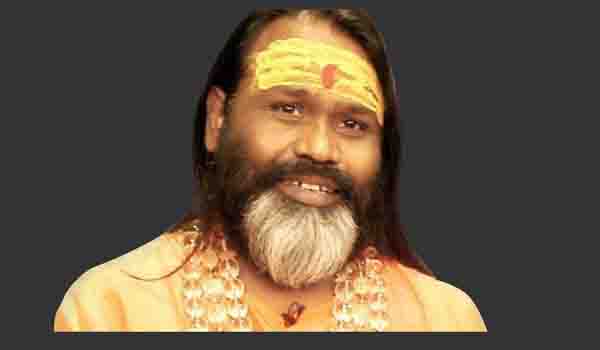 Jaipur: A team of Delhi police crime branch reached the ashram of self-professed godman Daati Maharaj in Alawas village of Pali district in Rajasthan on Saturday to investigate the rape case lodged against him by a 25-year-old woman. The victim also accompanied the team, according to preliminary reports.

The woman in her complaint alleged that Daati Maharaj and his two disciples raped her two years ago. She couldn’t immediately come forward because she was very scared. The FIR was registered at the Fatehpur Beri police station in south Delhi on June 10, but the case was transferred to the crime branch on June 12.

The Delhi crime branch team has reached Sojat in Pali and will soon reach the ashram. A Sojat police team may provide back-up to the Delhi police team. According to preliminary reports, the victim was also with the team for a physical verification. Sources said that Daati Maharaj is not in the ashram. The Delhi police has started the process of issuing a look out notice against him.

Daati Maharaj has contacted several media organizations and claimed his innocence in the matter. He said that he has been framed. The victim’s statements have been recorded before Delhi police and also a magistrate. She allegedly told the police that a female disciple would allegedly force her into Daati’s room, and if she refused, would tell her that other disciples too slept with him, PTI reported.

According to PTI, after she narrated the ordeal to her parents, they approached the police and registered a case.