Passer-by saw the neck of the girl sticking out of the ground. 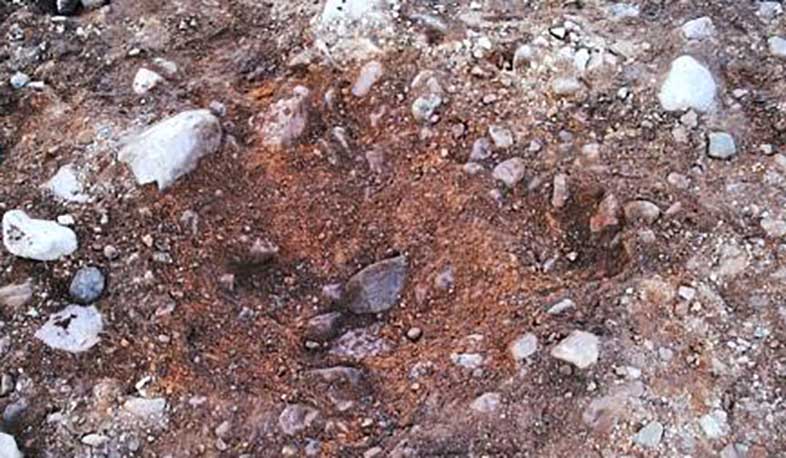 Jaipur: It was 9 pm on Sunday. The residents of Hathoda in Jaipur rural’s Chomu area had already retired to bed. The quiet night was a perfect cover for what these four people were planning to do. They drove their car to an isolated place. They had come there to bury a baby girl alive.

These people almost succeed in their plans. They dug up a small pit and buried the girl alive. These people were in a hurry, so they couldn’t bury her properly. The baby girl’s neck was sticking out of the ground.

While it may be the scariest scene for most humans on earth, these four people, probably including the baby girl’s parents, simply drove away, leaving her to be fed by stray dogs.

But as they say ‘the saviour is more potent than the destroyer’, one Mohar Singh, a local resident was passing by the area. He had seen the car and the four people getting out of it, but he thought they were answering nature’s call, so ignored them. But when he heard a baby’s muffled cries even after the car had left, he got suspicious.

“I followed the direction where cries were coming from and what I saw was the scariest scene of my life,” said Mohar Singh.

Singh informed the police following which a team from Chomu police station area rushed to the spot and brought the girl to JK Lone Hospital in Jaipur. She was hardly conscious.

“It’s a miracle. She will survive. She is an infant,” a doctor informed. The cops heaved a sigh of relief.

The police have registered a case against unidentified parents. They said that records of nearby hospitals are being examined.

The incident has shamed the city again. Baby girls being abandoned are reported regularly, indicating people’s sick mentality. They are found in drains and on roadsides.

Health department has installed cradles for encouraging safe abandoning at 64 places Rajasthan including district hospitals. Officials said that if a person abandons an infant in a cradle safely, no FIR would be registered against him/her.