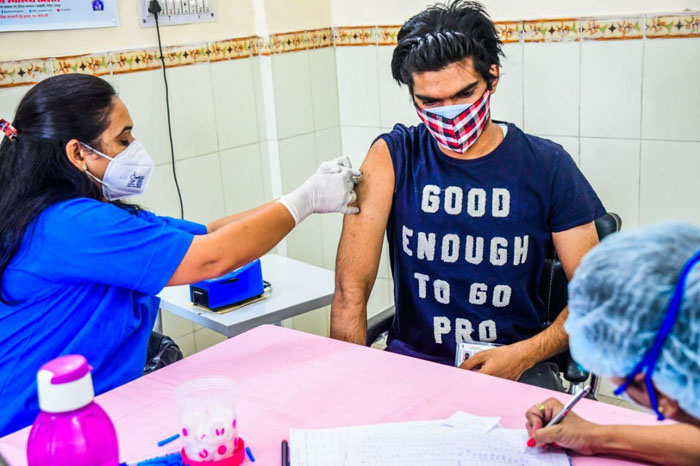 A youth getting vaccinated at JK Lone Hospital in Jaipur.

Jaipur: The city reported 2558 Covid-19 positive cases on Sunday, the second consecutive day when the new cases were fewer than 3000. While this might be seen as a relief, experts suspect that the decline in the number of cases is due to the fact that fewer people are being tested for the virus in the state. Some areas in Jaipur including Jhotwara and Sodala continue to be the Covid-19 hot spots with the daily positive case count crossing 100.

The government-run hospitals in Jaipur are under strain. RUHS in Pratap Nagar is reporting an acute shortage of beds. Senior doctors said that while Oxygen supply has increased in the past few days, there are no beds to accommodate the patients. The patients and their family members have crowded even the waiting areas.