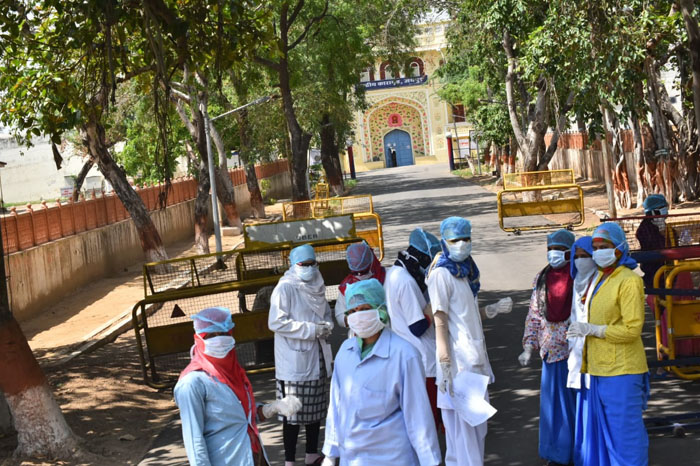 Jaipur: For the past few days, Jaipur district jail situated adjacent to Jaipur Central Jail was reporting a couple of cases on a daily basis. The authorities were completely shocked on Saturday when 119 people – mostly prisoners - tested positive for the virus. Of the total 131 COVID-19 cases reported in Jaipur, 119 were in Jaipur District Jail alone.

The first case was reported in the jail four days ago. According to preliminary reports, a man booked under Excise Act in relation to an illegal liquor case, was remanded in judicial custody and was being kept in isolation as a precautionary measure. Initially he didn’t have any symptoms however he started coughing following which his samples were sent for testing. He tested positive. Over the past three days, a couple of cases was reported on a daily basis. However, the virus gripped the jail with 119 people – mostly prisoners – testing positive on Saturday.

All the new prisoners coming to Jaipur Central Jail, District Jail and Women’s Prison are now being shifted to Dausa Jail. The officials said that quarantine centres are being set up in all the prisons of the state.

The jail officials have been asked to have every new pensioner medically examined before they are brought into the prison. The police will now run a check on the prisoner’s travel history.

The state reported 213 cases on Saturday, taking the total case count to 4960. There are now 1890 active cases.

The following areas in Jaipur reported positive cases on Saturday: