The court of additional district and sessions judge – 14 pronounced the judgment on Tuesday. Those who were acquitted including Ponnuchami, ASP Ashrad Ali, and Inspectors Satyanarayan Godara, Nisar Khan, Naresh Sharma and Subhash Godara 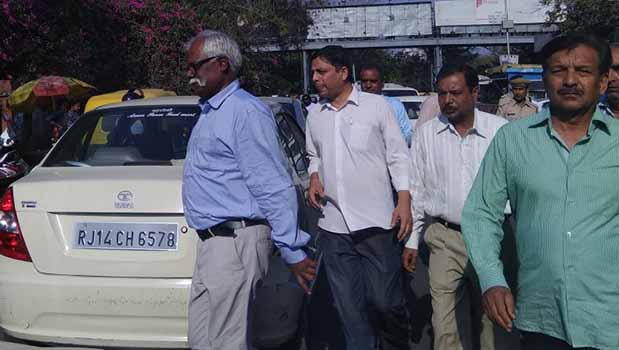 A Ponnuchami outside court before the judgement in Dara Singh encounter case was pronounced.

Jaipur: A local court on Tuesday acquitted all the 14 policemen including IPS officer A Ponnuchami – in Dara Singh encounter case. The court judgement came almost 12 years after these policemen were booked for killing Dara Singh in a fake encounter case.

The court of additional district and sessions judge – 14 pronounced the judgment. The court had completed the trial last month and reserved the verdict after hearing arguments from both the sides.

Known criminal Dara Singh was gunned down by an SOG team in a police encounter on October 23, 2006. The family members initially alleged that the encounter was fake and Dara Singh was killed in cold blood. The Supreme Corurt ordered a CBI probe into the encounter on a petition filed by Dara Singh’s wife Sushila.  The agency arrested 14 policemen including AK Jain and A Ponnuchami in 2011.

Parliamentary affairs minister and senior BJP leader Rajendra Singh Rathore was also arrested in the case, but he was discharged on account of lack of evidence against him. IPS officer AK Jain has also been pronounced not guilty in the case. One of the witnesses Vijay Choudhary was murdered in Churu.