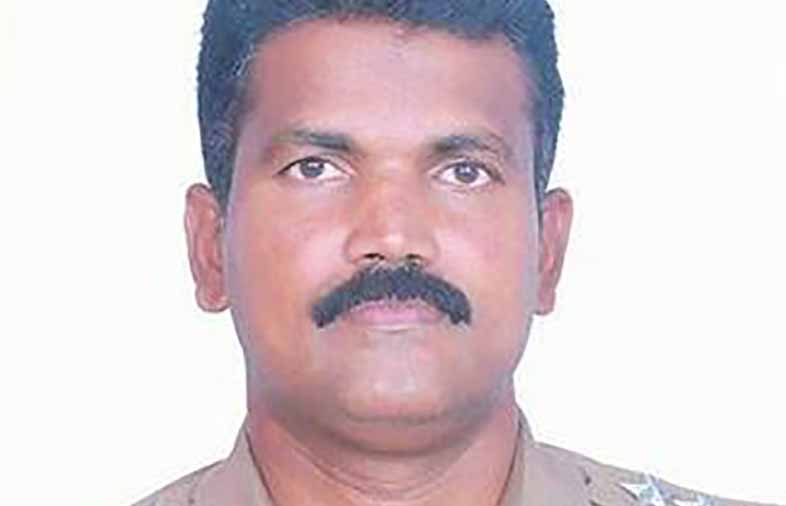 Jaipur: Rajasthan police on Friday made a shocking revelation saying that police inspector from Chennai, identified as Periyapandi was mistakenly shot at by his colleague, not the criminals they were trying to catch. The bullet injuries caused the inspector’s death. It was yet unclear whether the robbers and their aides had even fired. Police officials said that they had “attacked” the Chennai police team.

Periyapandi had sustained bullet injuries in Rampura village of Pali district in Rajasthan on Wednesday. Another inspector, Muni Sekar, was also injured. Initially, it was suspected that robbers had shot Periyapandi to death, but it has come up during investigation that Muni Shekhar had fired the gun by mistake.

“The robbers the Chennai team was trying to catch were hiding in a house on Karoliya Road. When the team entered the house, the robbers and house occupants launched an attack on them,” said SP, Pali Deepak Bhargav.

The officer said that to avoid one-on-one confrontation, four members of the team rushed out of the house, while Periyapandi got stuck inside. The robbers attacked him and in order to provide cover to the inspector, another inspector Muni Shekhar took out his gun and opened fire from outside the house over the boundary wall. The gun fired by mistake and a bullet hit Periyapandi, SP said.

“The bullet fired by Muni Shekhar hit Periyapandi and he died of excessive bleeding at a government hospital,” said the officer.

The Pali police on Friday arrested Tejaram, the owner of the house, his wife Bindiya and daughter Sugana Kumari, while the search is on for the robbers.

Periyapandi is survived by two sons, one of who is studying at Chennai Loyola College and another studying in Class 8.

The inspector was part of a team from the Maduravoil Police Station in Chennai to catch robbers involved in looting a jewellery shop in Chennai’s Kolathur area. “It has come up during preliminary investigation that robbers had drilled a hole on the roof top of a jewelry shop in Rajamanagalam and looted around 3.5 kilograms of gold on November 16. The team had traced the criminals to Rajasthan. They were in Pali district,” said the officer

The robbers were traced, but as soon as they saw the team, they ambushed the policemen.

The shooting took place around 2.30 am.

SP said that the gun used in the firing has been sent for a forensic examination.

“Final conclusions will be drawn after we receive the forensic report,” said SP Bhargav.