A student of humanities, Chahat says that she lost her father in an accident two years ago. Despite the family’s financial struggle, she managed to overcome emotional pain and trained her focus on studies. 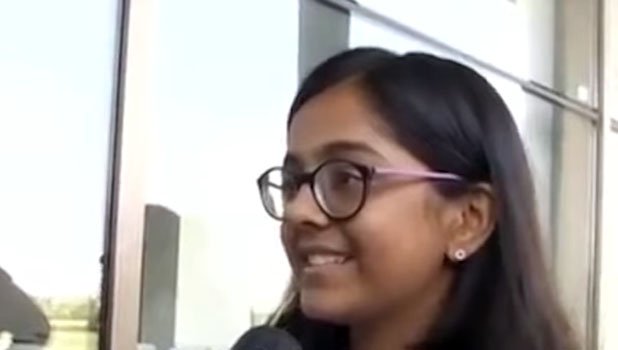 Jaipur: Chahat Bodhraj from Jaipur has secured first rank in the CBSE Class 12 results for the Ajmer region. She secured 99.4 percent marks. She has secured third rank in the all India merit. A student of humanities, Chahat says that she lost her father in an accident two years ago. Despite the family’s financial struggle, she managed to overcome emotional pain and trained her focus on studies. She, however, says that she believes in a balanced life and she herself is an example how it can bring about a sea of change. Chahat says that she wasn’t very good at studies till class 8. “I used to secure very poor marks until Class 6. By the time I was in class 8, I realized that I had the potential and could perform better. When I scored average marks in class 8, I was a bit disappointed and wanted to change things,” said Chahat. She says that she accepted the challenge of performing exceptionally in the class 12 CBSE exams. “I started living in the moment. I used to set target on a day-to-day basis. For example, I would promise myself that I will complete three chapters today. I will focus on that, not the ultimate target that I wanted to be a topper or secure the best marks. It helped me focus on studies,” says Chahat. She adds that she would not move ahead when studying a topic until she has not fully grasped it. “I used to pester teachers to the extent they sometimes got irritated, but in the end they liked my curiosity and willingness to learn,” Chahat says. The CBSE topper wants to pursue a career in communication designing. She was pursuing her interest in communication designing simultaneously. “I was to appear in an entrance test for communication designing and at the same time, I needed to prepare for board exams. My balanced approach to studies came handy in this situation,” says Chahat. She adds that she isn’t bookwork. “I have enjoyed many good habits including playing piano to ease the stress,” says Chahat. Chahat is a resident of Banipark in Jaipur.
Follow @ThePinkcityPost