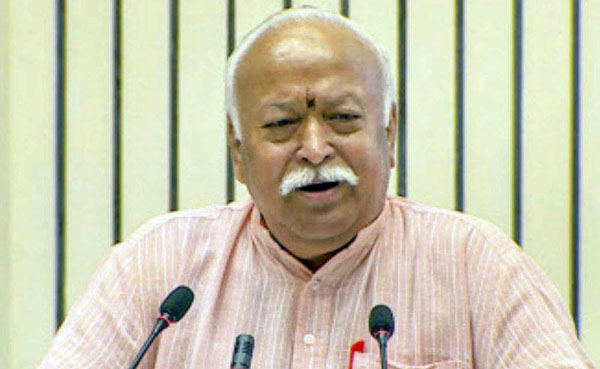 Jaipur: A six-year-old boy was killed, while a man was injured when the motorcycle they were riding on was hit by a car in the in the cavalcade of Rashtriya Swayamsevak Sangh (RSS) chief Mohan Bhagwat near Harsoli in Alwar on Wednesday.

Bhagwat was returning from Tijara in Alwar district when the mishap occurred. He had met Baba Kamalnath in Alwar. The victim was identified as Sachin Yadav (6). He was riding on a bike with his grandfather – a local sarpanch identified as Chetram Yadav. Chetram was seriously injured in the mishap.

“The cause of the accident is being investigated. The car in the cavalcade hit the bike following which Chetram lost control. Both fell on the road. Sachin sustained head injuries and died, while Chetram was rushed to a hospital. He is undergoing treatment and his condition is stated to be serious,” said a police officer.

The police have registered a case, but are yet to seize the car and trace the driver. The cavalcade moved towards Behror after the mishap.

Bhagwat was in Rajasthan to attend a three-day RSS coordination meeting in Pushkar.

Earlier, Bhagwat met 123-year Baba Kamalnath. He reached Baba’s ashram situated on Alwar-Tijara Road around 11 am. Bhagwat is celebrating his birthday on Wednesday. It is reported that he was on his way to Behror after visiting Baba Kamalnath.