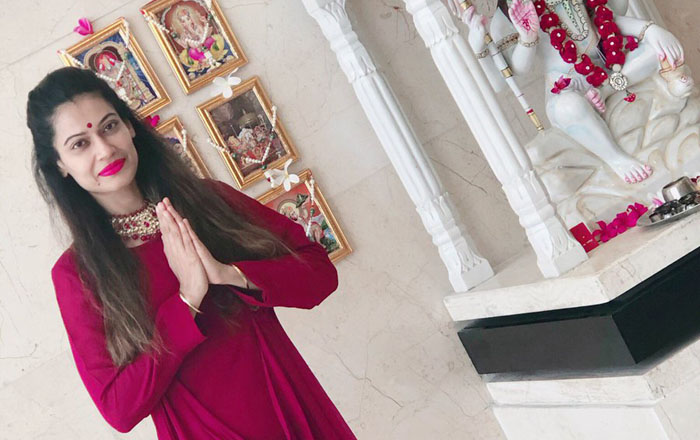 Jaipur: Bollywood actress and Bigg Boss fame Payal Rastogi was produced in a court in Bundi that sent him to judicial custody. Payal who was arrested from Ahemdabad for allegedly making derogatory remanks against the Nehru-Gandhi family was brought to Bundi and produced in a court. She would have to spend the night behind bars in the Bundi jail until she manages to get the bail in the case.

Payal had told media persons that she had shot the video on Motilal Nehru on the basis of facts she found through Google search. She had posted the video which allegedly had derogatory remarks against the Gandhi family’s woman on social media on September 21.

An FIR was registered against the actress by one Charmesh, a local Congress leader in Bundi.

The senior police officials said that she was served a notice to appear for an explanation several times, but she kept ignoring the notices.

Payal however said that she had filed an anticipatory bail application on Thursday. The application was to come up for hearing on Monday, but the police arrested her before she could get any legal remedy.

In a tweet, Payal said that freedom of speech has become a joke.

In her Twitter profile, she identifies herself as an Indian actor, yogi, opinionated Indian and proud Hindu.