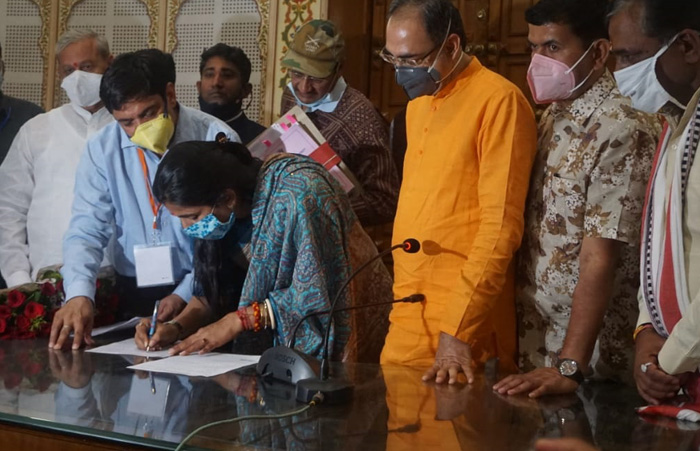 While BJP’s Somya Gujjar has been elected the mayor of Jaipur Greater, Munesh Gujjar of the Congress is the first mayor of Jaipur Heritage Municipal Corporation. Soumya Gujjar defeated Congress candidate Divya Gujjar by a margin of 44 votes, while Munesh received 56 out of 100 votes in Jaipur Heritage.  Munesh defeated BJP candidate for the post Kusum Yadav who received 44 votes.

In Kota, mayors for both the municipal corporations are Congress candidates. Rajeev Agarwal was elected the mayor of South Municipal Corporation, while Manju Mehra of Congress was elected the mayor of North Municipal Corporation. Rajeev defeated the BJP’s candidate Vivek Rajvavanshi by a margin of 2 votes. While Rajeev got 41 votes, Vivek got 39 votes. Manju received 50 votes, while BJP’s Santosh Bairwa received only 19 votes. There were reports of cross voting in both municipal corporations in Kota.