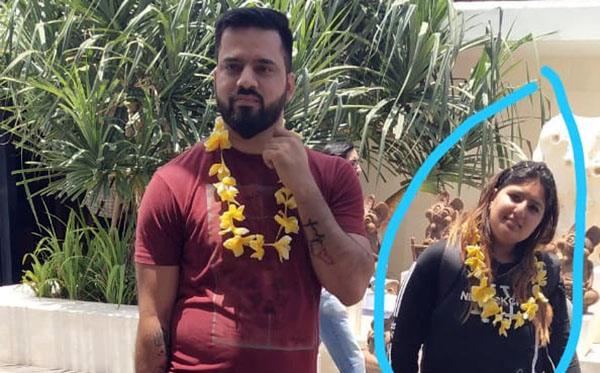 The couple who were arrested in connection with Bitcoin fraud by Rajasthan ATS.

Jaipur: Four persons who were arrested by Rajasthan anti-terrorist squad (ATS) in connection with the Bitcoin fraud amounting to crores of rupees had taken hundreds of people on free tours of Thailand and Bali and lured them into investing in the crypto currency. Most of the victims invested during demonetisation last year.

The ATS had arrested Vishal Gupta, Vikas Choudhary, Shilpa Sharma and Mahesh Kumar in connection with the fraud. While Vishal is a resident of Jaipur, Vikas and Shilpa belong to Delhi. Mahesh hails from Ghaziabad.

Shilpa and Vikas used to work at a Bitcoin investment company in Delhi where they came to know about Bitcoin investment and hatched the plan of duping gullible people. Vishal Gupta himself had been a victim of the fraud, but the couple lured him into joining their gang and entrusted him with the task of spreading their network in Rajasthan.

They allegedly made a fake Bitcoin investment portal and created accounts of the investors. The amount invested by people would show there, but no investment was made by the gang members, according to ATS officials.

“They took gullible investors on free tours of Thailand and Bali where they convinced them to invest in Bitcoin. And a lot of people invested crores of rupees after returning to India,” said a senior police officer.

It has come up during preliminary investigation that at least 30 people from Rajasthan had visited Thailand and then invested in Bitcoin.