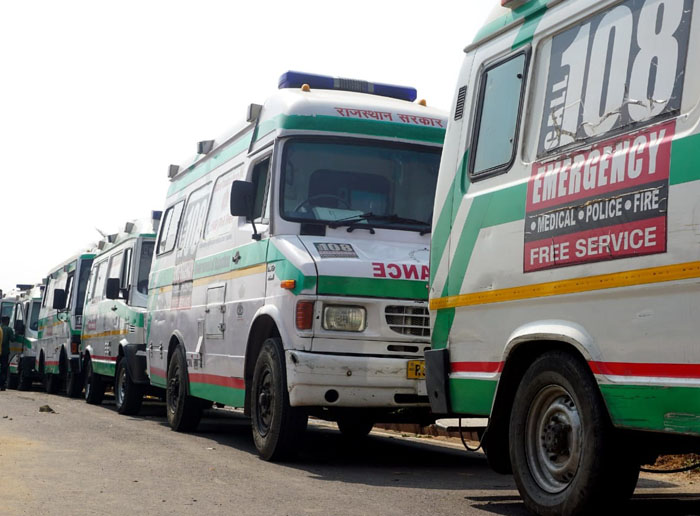 Ambulances go on strike in Jaipur.

Jaipur: Ambulance drivers and employees in Rajasthan have gone on an indefinite strike once again. They said that the government has not paid them salary for nearly three months. The strike that began at 6 pm on Tuesday will like cripple medical services in the state.

Ambulance drivers and workers had gone on strike in all the cities including Jaipur three months ago also. Ambulance 108 and 104 services came to a standstill on November 1, 2019, after the first talks with the government failed. But after the intervention of the High Court, the ambulance employees union ended the strike.

Union leader Virendra Singh said that the employees have not received their salary for three months. The company says that it is not getting money from the government.

“We were assured by the officials that the situation would be resolved, but nothing has happened. The ambulance drivers already get a paltry salary and they have not get it for three months. They are not able to feed themselves and their families, so we have decided to go on strike.

The ambulance employees in all the cities including Jaipur, Ajmer, Udaipur, Kota and Jodhpur have gone on strike indefinitely. Due to this, the wheels of 1400 ambulances across the state have stopped. According to the employees union.

Union President Virendra Singh has said that the indefinite strike will continue till the salary is not paid.