It is still unclear whether Akbar was actually smuggling cows. The incident has been criticized. AIMIM chief Asaduddin Owaisi said that cows in India has constitutional rights, but Muslims don’t. He said that four years of Modi rule was ‘lynch raj’. 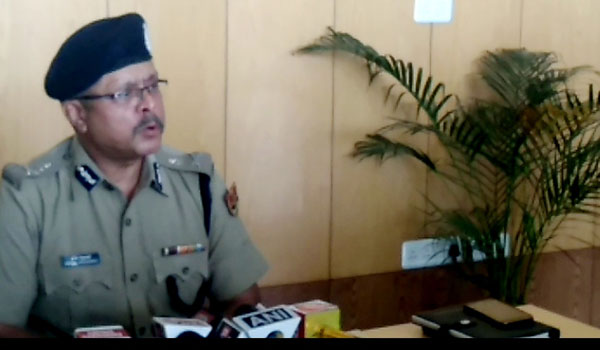 IG Jaipur range in a press conference after a man was lynched on suspicion of cow smuggling in Alwar.

Jaipur: A group of cow vigilantes allegedly lynched to death a 28-year-old man, identified as Akbar, in Alwar district on Friday night on suspicion that he was smuggling cows. The mob intercepted him when he was on his way to his village in Haryana with some cows and asked him some questions. They suddenly started beating him up with sticks. Though a police team rescued him and rushed him to a hospital, he was declared brought dead by doctors.

The incident took place in Ramgarh area of Alwar district. The police have arrested two men for the brutal murder. IG, Jaipur range Hemant Priyadarshi said that the police got a tip-off about cow smuggling following which a team was rushed to Lalavandi near Ramgarh. The police team found two men, identified as Dharmendra Yadav and Paramjeet Singh, with some cows nearby. A man who was later identified as Akbar, a resident of Nuhu district in Haryana, was lying on the ground. The man was seriously injured.

Akbar told the police that he was on his way to his village when some people intercepted and started beating him up assuming that he was a cow smuggler. After giving this statement, the victim fell unconscious. He was rushed to a hospital where he died.

It is still unclear whether Akbar was actually smuggling cows. The incident has been criticized. AIMIM chief Asaduddin Owaisi said that cows in India has constitutional rights, but Muslims don’t. He said that four years of Modi rule was ‘lynch raj’.

Chief minister Vasundhara Raje also criticized the incident and said that the police have taken two suspects into custody. Interrogation with them is going on.

“I have asked the home minister to ensure a speedy probe into the case and bring the culprits to justice,” Raje tweeted.

The incidents of mobs lynching people on suspicion of cow smuggling have been reported in Alwar in the past too. One Pehlu Khan was lynched by a mob of cow vigilantes in Alwar’s Behror area on April 1 last year. His family members registered an FIR naming many people. It was alleged that Pehlu Khan didn’t have permission from authorities to transport animals. The vigilantes intercepted his vehicle and beat him and nearly 15 other people severely. He died while undergoing treatment. Other injured men were admitted to a hospital in Behror.