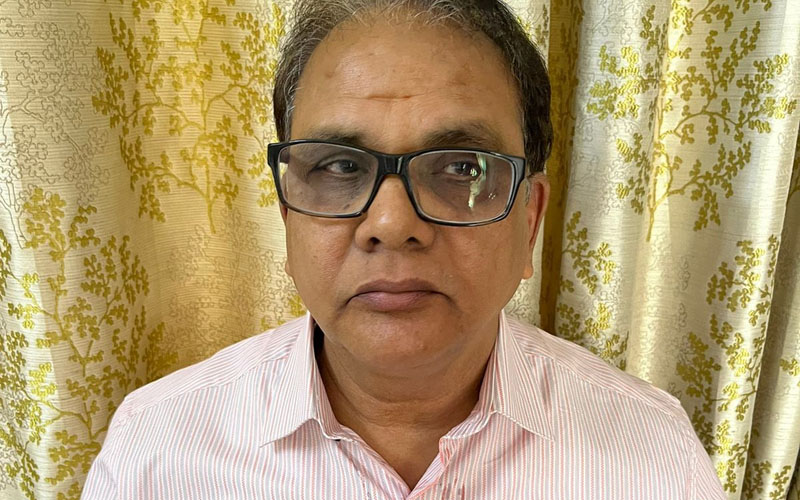 Jaipur: Rajasthan anti-corruption bureau (ACB) on Thursday arrested RTU vice-chancellor Dr. Ram Avtar (RA) Gupta after he was allegedly caught red-handed taking a bribe of Rs 5 lakh at a government guest house on the MNIT premises. Dr RA Gupta was allegedly demanding the bribe from the owner of a private college for allotting more seats and providing other facilities.

Dr Gupta has been booked under various sections of the Prevention of Corruption Act. Further investigation is going on. ACB also recovered a cash amount of Rs 21 lakh from the guest house.

According to DG ACB BL Soni, the complaint was received on ACB’s WhatsApp helpline number. in the complaint, the complainant alleged that Dr Gupta demanded Rs 10 lakh from him for increasing the number of seats in his college, providing facilities and not harassing him.

The complaint was verified by a team headed by ACB add SP Pushpendra Singh Rathore. When it was found genuine, a trap was laid.

“DR Gupta was caught red-handed taking a bribe of Rs 5 lakh from the ACB complainant. He was taken into custody. The MNIT guest house in Jaipur where Dr Gupta was staying was searched after the trap. A cash amount of Rs 21 lakh was recovered. The RTU vice-chancellor was staying at this guest house for the past four days,” said DG Soni.

He added that Gupta was booked and arrested. Searches are being carried out at the office, residences and other places belonging to him.