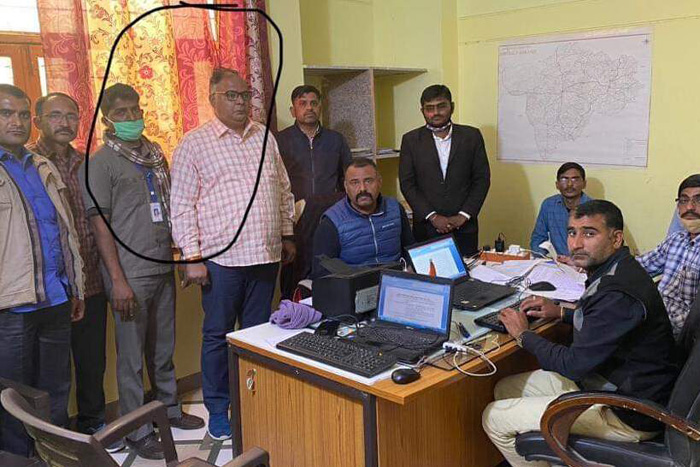 Jaipur: Rajasthan anti-corruption bureau (ACB) on Friday arrested Sunil Kumar - sub-divisional magistrate (SDM) deputed in Gudamalani area of Barmer district - for allegedly taking a bribe of Rs 10,000. His driver, identified as Durgaram, was also arrested. SDM Sunil Kumar – who is a RAS officer – was demanding a bribe from the ACB complainant for issuing a temporary stay on a revenue application.

DG ACB BL Soni said that an advocate approached the agency and registered a complaint against Gudamalani SDM Sunil Kumar. In the complaint, he stated that SDM Sunil Kumar was demanding a bribe to issue a stay on a revenue application filed by his client. The ACB verified the complaint and when found it genuine, a trap was laid.

The ACB caught driver Durgaram taking the bribe on behalf of the SDM. Both were arrested and booked under various sections of the Prevention of Corruption Act. Searches were carried out at the houses and other places belonging to the two accused.

ACB had earlier arrested two SDMs deputed in Dausa district. In the same case, IPS officer Manish Agarwal was also arrested. The SDMs are currently in judicial custody. While Manish Agarwal will be produced in a court on Friday after his two-day police remand comes to an end.