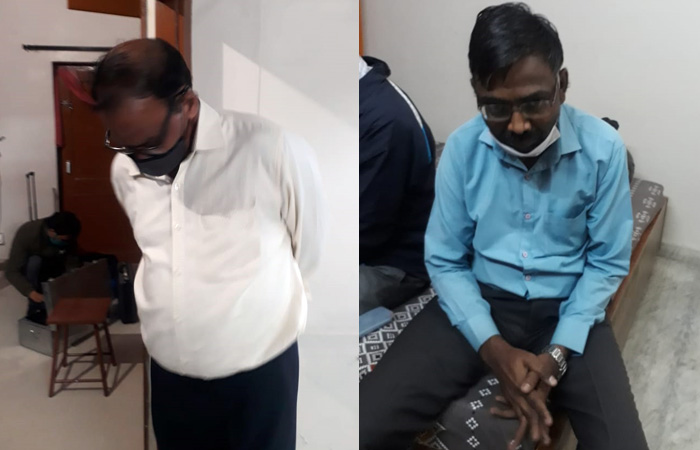 Jaipur: Rajasthan anti-corruption bureau (ACB) on Friday arrested Executive Engineer (XEn) and a contractor on charges of corruption. The engineer identified as Sher Singh Choudhary was taking a bribe amount of Rs 1 lakh from the accused contractor, Govind Agarwal alias Gopi Thekedar. As both offering and accepting bribe are an offense, the duo was booked under various sections of the Prevention of Corruption Act and arrested. A search is going on at the house of the engineer Sher Singh in Vaishali Nagar.

DG, ACB BL Soni said that they received a complaint in this regard against Sher Singh Choudhary. He was put under surveillance under the supervision of ADG ACB Dinesh MN. A trap team headed by police inspector Neeraj Bhardwaj arrested Sher Singh Choudhary and contractor Govind Agarwal while the exchange of bribe amount was happening. The contractor was offering the bribe to have the bills of his and other contractors’ work approved for payment.

“We are carrying out searches at the houses and other premises belonging to the engineer as well as the contractor. Both have been booked and arrested,” said Soni.

Soni said that the people should come forward if any state or central government employee or official is demanding bribe from them. The people can register their complaint on ACB’s WhatsApp helpline number 94135-02834 or toll-free helpline number 1064. If the complainant wishes, his or her name would be kept confidential. The ACB will also try to help the complainant with the work for which the bribe was demanded after the trap.