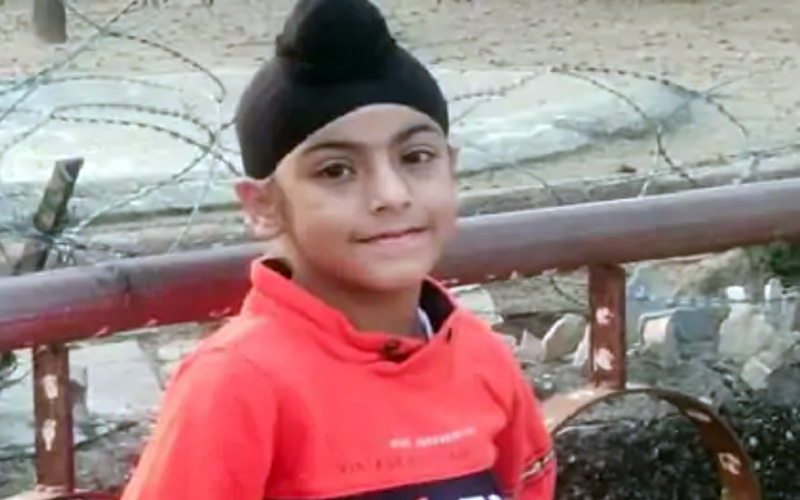 The boy who was attacked by a dog in Ramganj area

Jaipur: An American Bully dog attacked a 9-year-old boy playing outside his house in Ramganj. Some neighbours witnessed the incident and somehow managed to rescue the child from the dog. He was rushed to a hospital. An FIR has been registered against the dog owner.

According to a police officer, Manjeet Singh, a resident of Mori of Khalsa Colony Heeda, has filed a report. As per the complaint, Balkishan Sahani, who lives in the colony, was keeping an American Bully dog despite the ban by the government. Balkishan Sahani was told many times to prevent the dog from roaming freely in the colony by the residents, but he didn’t pay heed.

The incident took place on April 14 when Manjit Singh’s 9-year-old son Japman Singh was playing cricket outside the house. The dog, roaming freely in the colony, attacked the boy on his face. He started crying for helping. Some neighbours rescued him and rushed him to a hospital.

The dog was feared so much in the colony that the children had stopped playing. The colony residents alleged that the incidents of this dog attacking people happened in the past too, but the dog owner didn’t take any action.

Ramganj police has registered an FIR against the owner of the dog.

The victim says that the dog keeps attacking the children while roaming freely in the colony. Some other children including Bharat Bhushan have been bitten and injured. The victim’s uncle Gurmeet Singh told media persons that the dog owner didn’t have a license, required as per norms to keep a dog of a dangerous breed.