The robbers conducted a recce of the victim’s house about two months ago, posing as electricians. 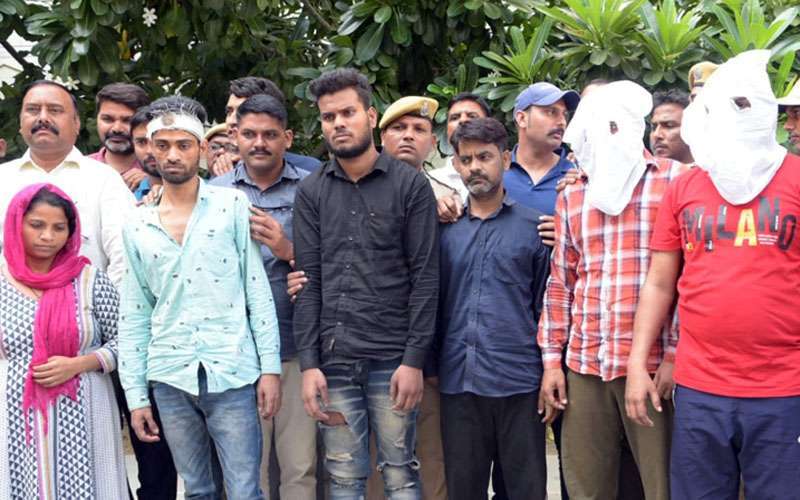 Robbers who were arrested for armed robbery at the house of a flour trader.

JAIPUR: The city police has arrested seven robbers including the mastermind, identified as Sanjay Panchal, involved in the armed robbery at the house of a flour trader on August 24. The robbers were arrested from Delhi. A police team is bringing them to Jaipur where they will be interrogated.

Police officials said that Delhi-based criminals were involved in hatching the conspiracy of the armed robbery. They conducted a recce of the victim’s house about two months ago. They had visited the house of the victim, Satyanarayan Tambi, pretending to be electricians.

On August 24, the robbers entered Tambi’s house posing as income tax officers. As soon as they were inside, they took out guns and threatened the family members including women and children. They tied up and gagged them at gun points.

The officials said that a cash amount of Rs 60 lakh and gold weighing 1.5 kg were robbed from the house. The police have recovered about Rs 9 lakh and some jewellery from the robbers after arresting them. Mastermind Sanjay is the president of Panchal Mahasabha in Delhi.

Sources said that the gang members had conducted a recce of several homes and decided to target Tambi’s house. They then entered the house posing as electricians and got an idea about the layout.

The car used in the robbery was stolen. They had the car parked in a house in Jaipur for a few days, according to preliminary reports.