The victims were pilgrims returning home in the Reengus area of Sikar district after visiting Ramdevra temple in Jaisalmer. 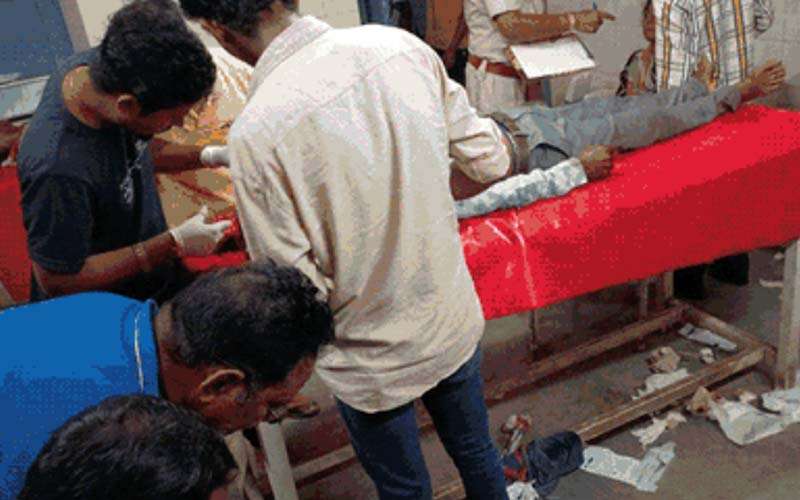 Victims being to a hospital.

JAIPUR: At least five people were killed, while 12 others were injured when the cruiser car they were travelling in collided with a truck in Nagaur district. The victims were pilgrims returning home in the Reengus area of Sikar district after visiting Ramdevra temple in Jaisalmer. Five critically injured victims were referred to a hospital in Jodhpur.

The mishap occurred in Surpalia police station area. Some eye-witnesses informed the police following which a rescue operation was launched. The rescuers could pull 12 people out of the car alive, while five died on the spot. The injured were first rushed to a hospital in Nagaur where five were referred to Jodhpur.

In another accident, three members of a family including a 2-year-old child were killed when the bike they were travelling on hit by tractor on the highway in Ajmer district. Two others were injured in the mishap. Two

The family was on two bikes. Mangliawas police station has launched an investigation.

ASI Bhagwan Singh of Mangliawas police station said that at 11.15 pm on Friday, a tractor coming from the wrong side near Tabiji Pulia hit the family on the bike in which Ramesh (30), a resident of Rajsamand district, his wife Ramesh (25) and their 2-year-old son Deepak died on the spot.

At the same time, son Sanjay (4) and brother-in-law’s son Prahlad (16) were injured. They have been admitted to JLN Hospital where they are undergoing treatment.