5 Rajasthan IPS officers to inspire you this Women’s Day 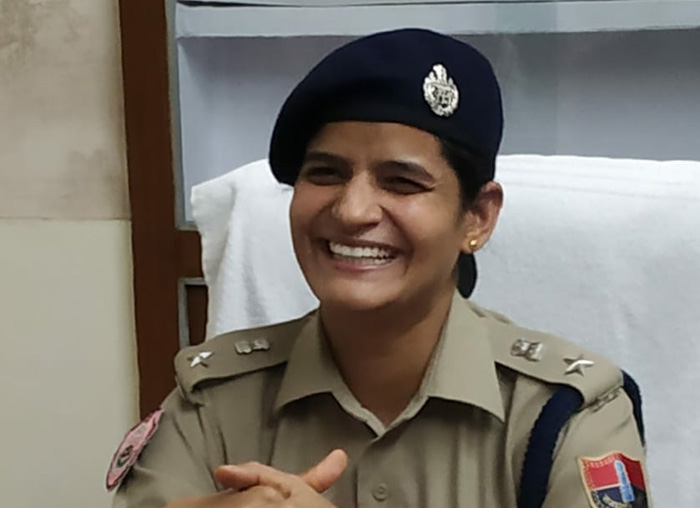 Jaipur: The world is celebrating International Women’s day on Monday. Many events are being held across the state.

On this occasion, The PinkCity Post brings to you the stories of women IPS officers posted in Rajasthan. These IPS officers are posted at some of the most challenging districts of the state where law and order situation requires in-depth planning and constant monitoring.

The first IPS officers to be posted in Rajasthan cadre, Singh held key assignments both in the field and at headquarters. Currently, she is the additional director general (ADG) of civil rights in the state.  The 1989-batch officer had an illustrious career with the Central Bureau of Investigation (CBI). In Rajasthan, she headed Jaipur and Ajmer police ranges as Deputy IG and IG respectively.

The desolated ravines of Karauli are dreaded hotbeds of dacoits. The 2008-batch IPS officer led several operations deep into the jungles and arrested some of the most notorious dacoits and their aides during multiple raids. A native of Sikar in Rajasthan, she is credited for taking on some of the most notorious mining mafias. Presently she is posted as SP of Bikaner district.

Alwar has long been earmarked as a “critical”  district due to its high percentage of crime registration. The post of Alwar SP is also referred in IPS circle as the crown of thorns due to the multiple challenges it entails. But these challenges have not deterred the 2013-batch IPS officer Tejaswani Gautam who has strained every nerve to keep criminal gangs under a strict check. A native of New Delhi, Gautam has in the past been given important assignments as SP of Churu, Banswara, and ACB. She has also worked with the Special Operation Group (SOG), a very important branch of the state police which keeps a tab on all dangerous gangs and inter-state mafias.

The 2008-batch IPS officer is most remembered for her tenure as DCP traffic in Jaipur from 2017 to 2019, where traffic-related mishaps declined. She especially earned praises for introducing new deployment of traffic cops at important locations during peak traffic hours that reduced bottlenecks. A native of Kanpur, Katiyar was posted at important places like Barmer, Sirohi, Alwar, Crime Branch, and Anti-Corruption Bureau (ACB). Presently, she commands the 12th battalion of Rajasthan armed constabulary.

A medical doctor by training, Duhan’s first posting as Assistant SP (ASP) in Kota was equal to baptism with fire. She led a team of experienced cops that cracked sensational criminal cases which helped the police retained public trust. A 2016-batch IPS officer, Duhan is presently posted as DCP in Jaipur.

We hope the stories about these women IPS officers will inspire you and help you overcome whatever challenges you are facing in life.