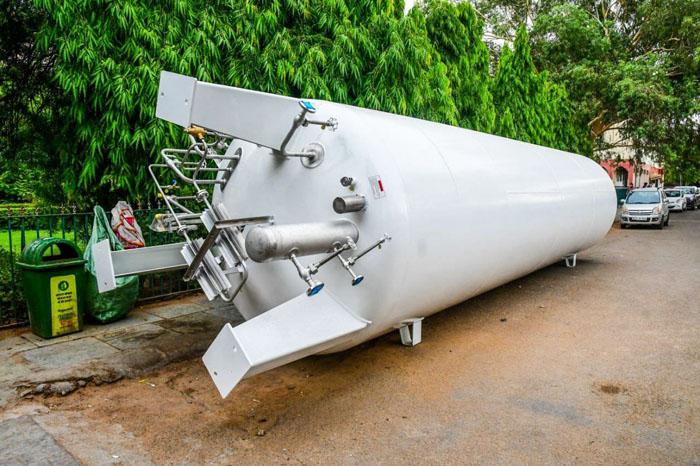 An oxygen plant being installed at SMS Hospital in Jaipur. File Photo

The plants have been set up at ESIC, Gangauri, Pratap Nagar, SMS and JK Lone Hospital. Except from the cancer hospital in Pratap Nagar, each plant has the capacity of generating 1000 litres of oxygen per minute. The total oxygen generation capacity of these five plants is 4200 LPM (litres per minute).

Two more oxygen plants are to be set up at Zanana Hospital and SMS Hospital which will increase the capacity to 6200 per minute.

During the first two waves of Covid-19, Jaipur was the worst affected city in Rajasthan. Many people lost lives due to the lack of oxygen supply at hospitals. The new plants will reduce the state’s dependency on other states for oxygen, officials said.

“There is a possibility of a third wave. The oxygen plants will help deal with the demand for oxygen supply at hospitals,” said the officer.