Here are some of the most famous Hanuman temples in Rajasthan that you must visit if you are a Lord Hanuman follower. 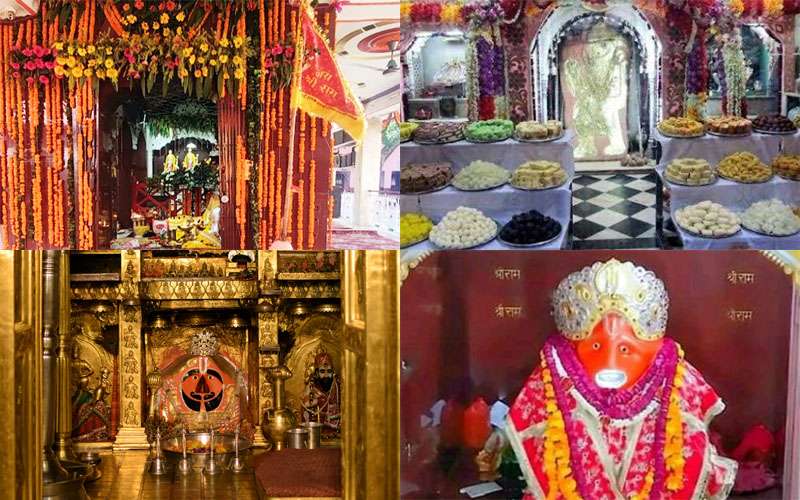 JAIPUR: Lord Hanuman is worshipped across India, but this mighty Hindu deity has a special place in the hearts of Rajasthani people. For this reason, Rajasthan boasts some of the most famous temples of Lord Hanuman. The devotees visit these temples from across the country and offer prayers.

In this guide, we will share with you some of the most famous Hanuman temples in Rajasthan that you must visit at least once in a lifetime, particularly if you are a Lord Hanuman follower.

This beautiful Hanuman temple is one of the most famous temples in Rajasthan. Surrounded by the world-famous wildlife sanctuary of Sariska in Alwar district, the temple has an interesting history linked to the Mahabharata period.

The history of the Pandupol temple is about 500 years old. It is believed that Pandavas were here during their 14-year exile. When their journey was interrupted as there was no path to move forward, Bhima hit the mountain with the blow of his famous gada to make way.

During their stay there, Draupadi saw a flower in a river stream and asked Bhima to get it for her. While searching for the flower in the stream, Bhima saw Hanumanji lying on the way in the guise of an old monkey. Bhima could not remove the monkey’s tail to move forward.

During the Covid-19 pandemic, the temple was closed for visitors. Since the visitors go through the Sariska National Park, they pay an entry fee and are allowed to visit the temple only on Tuesdays and Saturdays.

The new timings came into effect after the Covid-19 restrictions were lifted in July, 2021.

This famous Hanuman temple is situated in Dausa district of Rajasthan.

The Mehandipur Balaji temple is believed to be 1000 years old. It is believed that a mahant, known as Baba Ji, had a dream in which he saw three deities. The Lord Hanuman appeared in the dream and ordered the Mahant, to discharge his duties.

The mahant called the heads of 11 villages and shared the details of his dream with them. The place was full of wild animals and wild trees. The village heads removed the surrounding bushes, weeds, pebbles and stones. It was when Lord Hanuman appeared on the mountain with all his powers. Bhairav ​​Baba and Pretraj were also seen nearby at different places.

The temple is also known for exorcism practices. It is believed that if someone possessed by demons or ghosts is cured when he or she enters the temple.

The temple is located near Todabheem town of Dausa district, off Jaipur-Agra National Highway No. 11.

The temple is nearly 270 years old.

It is believed that Lord Hanuman appeared to seer Mohandas in his dream and promised him to appear as an idol.

The idol of Salasar Balaji, located in Salasar village of Churu district, first appeared in a field in Asota village of Nagaur district. It was spotted by a farmer while he was ploughing his field.

The idol then reached Salasar of Churu district. The idol is seated on a golden throne. Lord Hanuman with a beard and moustache can be seen at the feet of Lord Rama.

Salarsar where Salasar Hanuman temple is located is a town in Churu district.

Located on the hills on the outskirts of Jaipur, Samod Veer Hanumanji is a must-visit temple for the devotees of Lord Hanuman.

The temple features a life-size idol of Lord Hanuman. It is believed that the idol was not brought to the hills, rather it appeared here.

The place was earlier known for the saints of Ramanand sect. It is believed that Lord Hanuman appeared to the saint on a rock here. Nagandasji Maharaj established the idol on the same rock. Later, the temple was constructed.

The temple is located in the laps of hills on the Delhi Bypass.

The temple is believed to be about 300 years old. Seer Nirmaldas had carved the image of Lord Hanuman on the stone. The image depicted Lord Hanuman bringing bringing Sanjeevani Booti. Later, Pandit Radhelal Choubey gave this temple its present form.

Hills and greenery surround the temple.

So, these are some of the most famous Hanuman temples in Rajasthan. if you are a Hanuman devotee, you should definitely visit these temples. Some of these temples are located on hills and in wildlife areas, so your trip will also be relaxing.