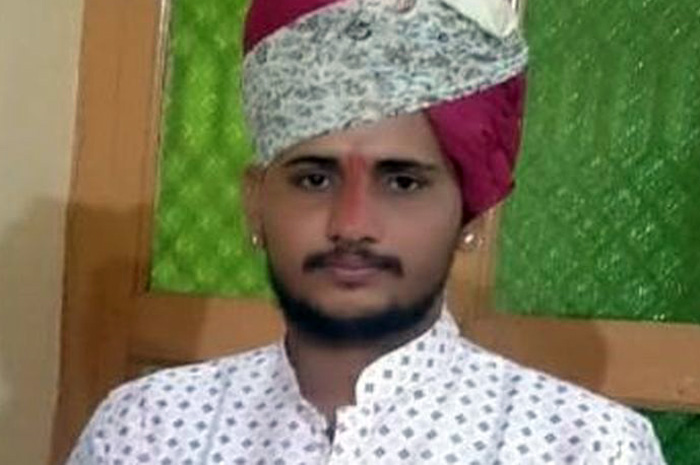 One of the victims Dalpat Singh

Jaipur: Four friends were killed when the car they were travelling in rammed into a truck near Kishangarh on Ajmer-Jaipur National Highway early on Wednesday. The collision was so intense that the car’s front portion got stuck under the truck. Three of the victims died on the spot, while one succumbed to injuries in the hospital.

The mishap occurred near Ramner around 3 am on Wednesday. The victims were identified as Rishikesh Meena – a resident of Mahua area in Dausa, Dalpat Singh – belonging to Sumerput in Pali, Sanjay Sharma – who hailed from Alwar district and Pawan Meena – belonging to Nangal Mandal in Todabheem.

Though the police are investigating what caused the mishap, they didn’t rule out the possibility that the car was overspeeding and the driver might have taken a nap. The four friends were on their way to Udaipur from Jaipur. There were no reports of fog on Wednesday morning.

Rishikesh, Dalpat Singh and Pawan were the only sons in their families. Pawan was pursuing studies in Jaipur. Rishikesh was last year veterinary student in Bikaner while Dalpat was pursuing career as a flight attendant.

The family members don’t have any clue where the four friends were going; however, the police confirmed that they had planned a vacation in Udaipur.

The police identified the bodies based on some documents recovered from the car and informed the police family members. The truck driver escaped from spot.