The accused wanted to settle scores with their former teachers. 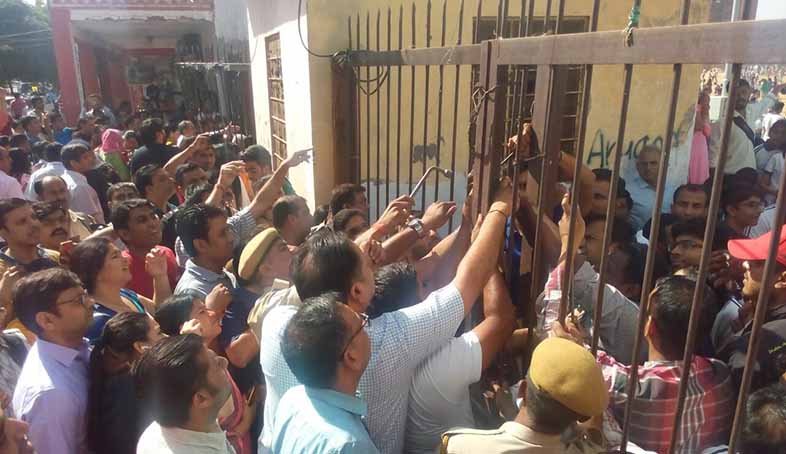 Jaipur: The city police have arrested four ex-students of Jayshree Periwal High School for bursting firecrackers to create panic and settle score with the school administration.

The incident took place on October 24 and the accused wanted to settle scores with their former teachers. The four accused Suleman Ellahi (21), Prashant Chelani (19), Akarsh Vaidh (20), and Naman Jain (20) lit firecrackers outside the main gate of the school with an intention to create panic. After this, they also uploaded a video of the act on a social media website. The four were arrested after CCTVs captured their act.

Police stated that someone had seen the video and sent a bomb hoax email to the school, warning them that a bomb will go off at 12 pm. Vaishali Nagar SHO Bhopal Singh Bhatti stated that police were trying to find the person who sent the email. The SHO also said that all four boys had some personal enmity with the school.  Singh added that one of them had failed in a subject in the school, hence he and his friends decided to teach their school a lesson by bursting firecrackers.

Police clarified that somebody with a motive of starting panic had sent an email to the school. The video was uploaded on Snapchat. Police suspects that someone saw the video and used it as a tool to spread panic. A cyber investigation is being carried out by the officials to catch hold of the culprit.