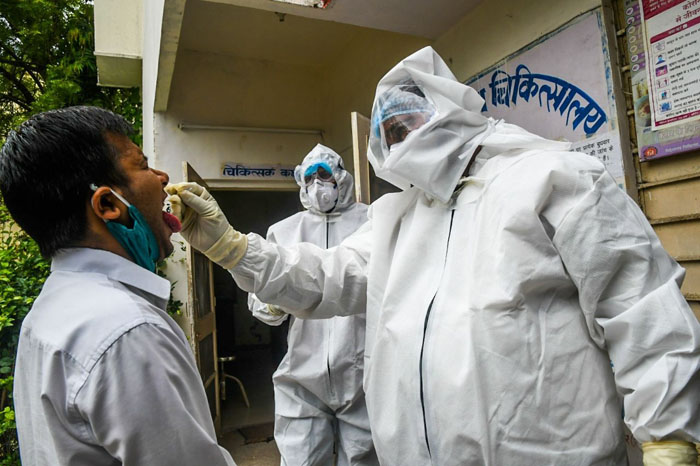 Jaipur: Three people in Sri Ganganagar have reportedly tested positive for a more contagious strain of COVID-19, similar to the one that is responsible for faster spread of the virus in the UK. The medical and health department has sounded a high alert. The three persons had returned from the UK on December 18. Their samples were sent for examination. The report indicated that the three were infected with a more contagious variant of the virus.

The infected people are members of the same family, residents of Sadulpur in Sri GangaA couple and their son tested positive for the virus on December 28. Keeping in view their travel history, the samples were sent to a Pune-based lab. The report was received on Monday.

The UK variant is causing surge in Covid-19 infections in the UK. The variant has been attributed in large part to new mutations in the virus that make it more transmissible.

A total of 23 people had returned to Sri Ganganagar district from the UK on December 18. Of them, 12 were residents of Sri Ganganagar city, while five belonged to Sadulpur. The health department officials tracked them down and tested them for coronavirus. Three of them tested positive with the new strain of the virus.

On Monday, only 71 people tested positive for the virus in Jaipur. While a decrease in the number of positive cases has come as a big relief for the government, the report of three persons testing positive for the new strain has become a cause for concern.