2 including child burnt alive in road accident in Baran 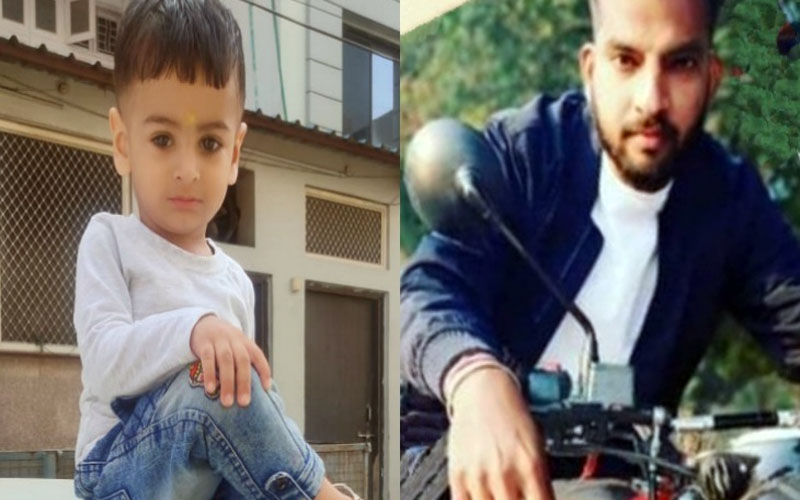 Two victims who were burnt alive in Baran road accident.

Jaipur: Two people including a one-and-a-half-year-old boy were burnt alive after the car they were travelling in hit the road divider and caught fire in Baran district of Rajasthan. The driver of the car was on his way to Kota to drop off his sister-in-law after attending a wedding ceremony. There were four people in the car. The other two were rescued by the residents of a nearby village.

The incident took place on National Highway – 27 which passes through Baran. Manish Choudhary (38), a resident of Kherona, was going to Kota on Monday to drop off his sister-in-law Lakshmi after attending the wedding program of his brother Sagar. Manish was driving the car. Sagar, his sister-in-law Lakshmi and the child, identified as Anirudh were travelling in the car with Manish. The car lost balance near Pamorama on NH-27 and collided with the road divider.

The car caught fire after the collision. The four passengers could not get out as the car was locked. After the fire broke out, people who reached the spot pulled out Sagar and Laxmi sitting in the rear passenger seats, but Manish and Anirudh, who were in the front, got trapped.

Manish and Anirudh were burnt alive in the fire. A fire brigade reached the spot and doused the fire, but by then both had sustained serious burn injuries.

Senior police officers also reached the spot. The bodies were pulled out after a lot of effort. Laxmi and Sagar were injured in the accident and taken to a private hospital for treatment.