2 arrested for attack on TV journos at petrol pump; Assault caught on CCTV 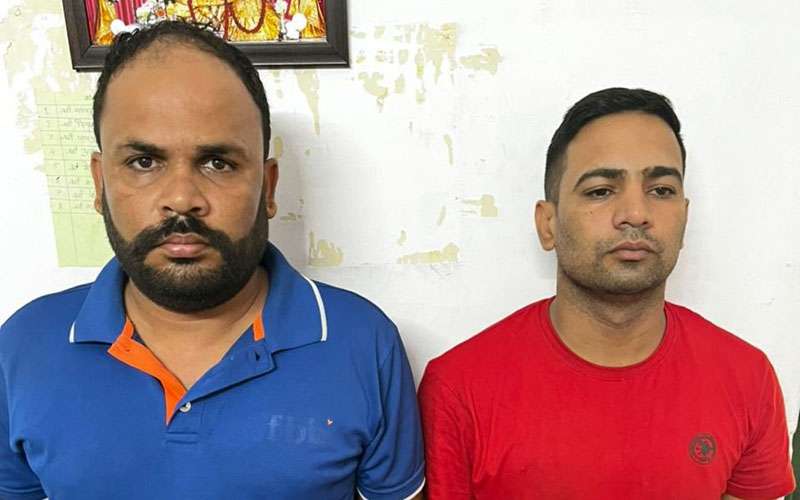 The two men arrested for beating TV journalists at a petrol pump.

JAIPUR: Ashok Nagar police has arrested two of the three accused men who beat up two TV journalists at a petrol pump. The police have launched a search for the third accused who is said to be at large. The trio worked at Life Style in MGF at Bias Godown Circle. They were allegedly in an intoxicated state when they attacked the journalists.

Ashok Nagar SHO Vikram Singh said that the two journalists – Bhanwar Pushpendra Singh and Dineshchand Sharma alias Tiku Rana were getting petrol at a petrol pump on Sahkar Marg. They were to leave for Jodhpur to cover Amit Shah’s rally.

Three men, later identified as Devendra Singh (31), Gajendra Singh (32) and Sanjay Singh, came in an auto. The auto driver wanted to get petrol. The two TV journalists were making payment for the petrol, but there was some delay in the online processing of the payment. It irked the trio who started hurling abuses.

They lodged an FIR with Ashok Nagar police station the next day following which the police collected the CCTV footage to identify the attackers. They were identified. Two of them have been arrested, while one is still at large.