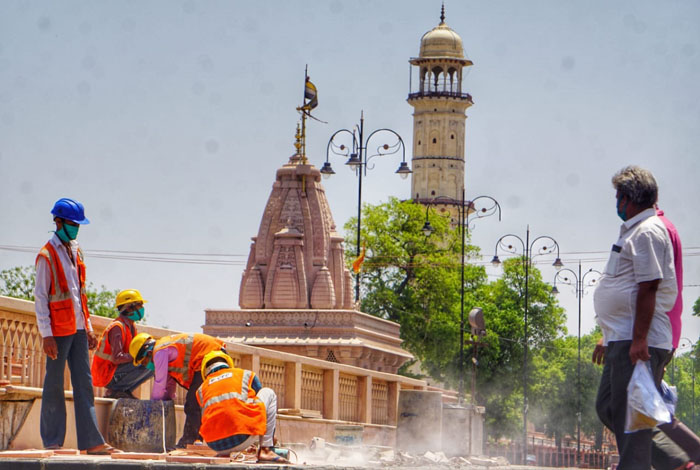 Work on Jaipur Metro resumed after relaxations in lockdown guidelines.

The state reported four deaths, taking the toll to 147.

In Jaipur, 25 people tested positive for the virus. Fresh cases were reported in the following areas of the city:

“The total number of cases has gone up to 6015. The death toll now stands at 147. There are 2464 active cases,” according to a government report.

The markets opened on Wednesday as the commercial activities started. Though the shops in malls and shopping complexes will continue to remain closed. The state government has allowed the offices to function in these buildings. Dental clinics outside the contentment areas have been allowed to function.