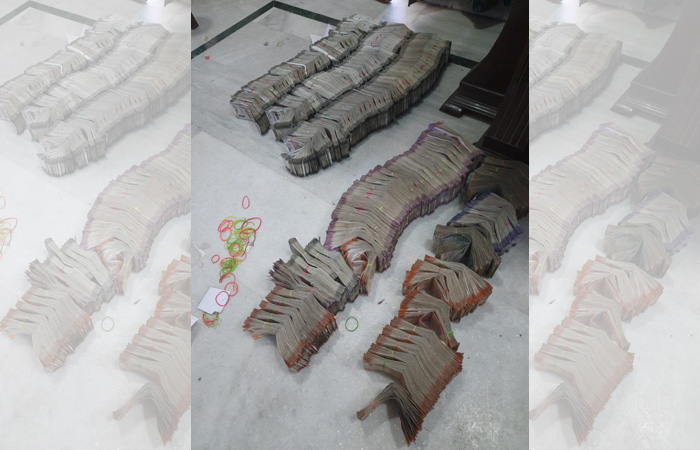 Money seized in ACB raids after trap in Jaipur RTO.

The officer said that on Monday, the ACB teams searched the office of Tanushree Logistics where records of the exchange of money and Rs 16.91 lakh were seized. The SUV belonging to one Syojilal Gadhwal, a resident of Dudu, was also searched and documents suggesting exchange of bribes were recovered, said Tripathi adding that Gadhwal is currently on the run.

The ACB had on Sunday took into custody 15 people including two district transport officers and two inspectors of Regional Transport Office (RTO) in Jaipur and nearby areas and exposed a network of officials who in connivance with some middlemen extorted money from commercial vehicle owners. A cash amount of over Rs 1.20 crore was seized. The ACB teams carried out searches at more than two dozen places and also recovered property ownership documents and slips containing names of the middlemen and exchange of money with them.