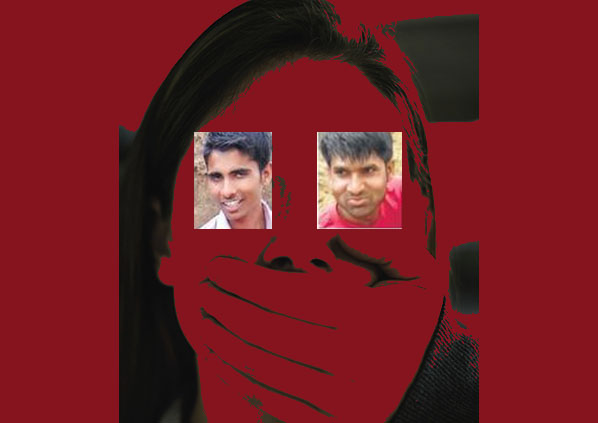 Jaipur: Facing embarrassment after a video of a young woman being raped by five men in the presence of her husband in Thanagazi area of Alwar district went viral, the state police have formed 14 teams to nab the suspects. The incident happened on April 26, but the cops hushed it up, apparently to avoid any fuss during the voting for Lok Sabha elections.

DGP Rajasthan Kapil Garg held a press conference in Jaipur and said that a massive hunt has been launched for the five accused men. Some suspects have been rounded up.

The matter was highlighted by the media after the horrifying video showing the five men bullying the couple and then raping the woman went viral on social media channels.

It came up that the victims had approached the Alwar SP Rajeev Panchar who assured them of swift action and formed a team of the local police to nab the accused men. But the policemen didn’t disclose the details to the media fearing backlash during the voting, said sources.

The victim and her family members are in a state of shock and have demanded police protection as some of the suspects are known criminals.

The incident happened on April 26 when the victim was on her way home with her husband on thanagazi-Alwar bypass. Five youths on two bikes intercepted the husband’s bike and took them to an nearby isolated area. The youths were in their mid 20s.

They beat up the husband and then tied him up. The five men gang raped the woman. The victim told the police that the accused men were addressing each – other with names including Chhote Lal alias Sachin, Jitu and Ashok.

“They made a video of the gang rape and made it viral on WhatsApp and other social media platforms. They threatened the victim that they would murder her husband if she told anyone about the incident,” said a police officer.

The woman was scared and didn’t approach the police for five days. She finally registered a complaint.

“Fourteen teams have been constituted to nab the accused men. They are on the run, but we will soon arrest them,” DGP Kapil Garg said.