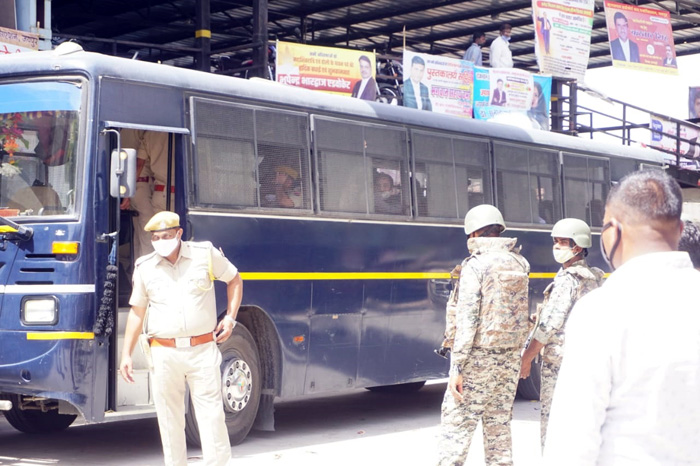 Jaipur: A special court on Tuesday convicted 12 members of the banned terrorist outfits Indian Mujahideen (IM) and SIMI, in connection with the 2014 terror plot case.

The court, however, acquitted one person who was made accused in the conspiracy. All 13 suspects were brought to the court amidst heavy security where the court read out the conviction.

The case dates back to 2014 when Rajasthan Anti-Terrorist Squad (ATS) had conducted multiple raids and arrested 13 students who were found to be plotting a major terrorist attack.

Teams had arrested these accused from Sikar and Jaipur and found them to be allegedly involved in designing explosives. In the last seven years during which the case passed through different trials, the ATS produced 178 witnesses and as many as 506 documents before the court.

The ATS adduced documents related to the procurement of mobile sim cards, collection of funds for radical activities, conducting recce  of areas for planting explosives.

The investigation agencies during the examination of seized laptops, literature, pen drives, and mobile phones found that the accused were plotting to revenge the Gopalgarh incident.

The ATS had said that all the accused were students of different engineering colleges in the city and were part of a sleeping cell that was being reactivated. An ATS official had said after the arrest that suspected were radicalised and recruited through the internet and exhorted to set-up bombs across different cities.

Even before the accused could carry out their strikes, the intelligence agencies got the whiff of their plans and conducted multiple raids to nail them down.