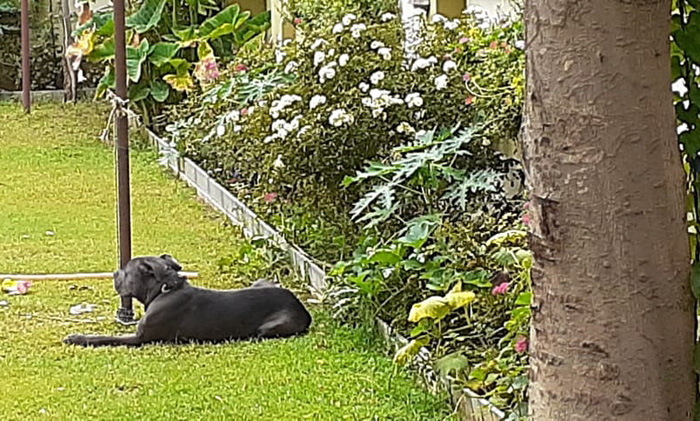 Jaipur: An 11-year-old boy was admitted to the ICU of a hospital after he was attacked and mauled by a Pitbull dog in Tagore Nagar Hanuman Vatika – 2 of the city. The boy received at least 32 bite wounds on his head, face, and legs. On hearing his screams for help, the mother rushed out and saw the boy being attacked in the courtyard. She saw nobody calling the dog off, so she fought with the animal and saved her son.

The boy, identified as Vishal Meena, lives with her parents in a portion of a house in Tagore Nagar Hanuman Vatika – 2. Vishal’s father Jagdish Meena – works as a guard at the house. The dog belonged to the landlord, identified as Durgesh Hada. A Greater Municipal Corporation official said that the dog was bought by a relative of the landlord.

Around 10 am, Vishal’s parents heard his cries for help following which they rushed outside and saw the boy being mauled. Vishal’s mother fought with the dog and rescued her son.

Pitbull is considered a vicious animal and is banned in several parts of the world including some states in India. Sources said that there are no clear guidelines regarding this in Jaipur.

A police complaint was registered against the landlord. The dog was taken into custody by the animal control branch of the Greater Municipal Corporation. The boy was rushed to a hospital where he is undergoing treatment.